A brush fire that erupted in Griffith Park on Sunday remains under investigation. With dry and hot weather forecast through the weekend, the Los Angeles Fire Department is reminding the public to remain vigilant about wildfires. 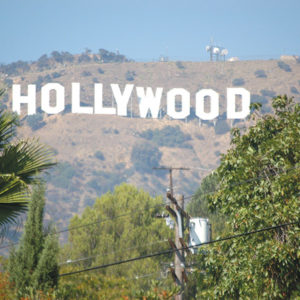 Water-dropping helicopters were used to extinguish a blaze the occurred on Oct. 15 in the Hollywood Hills. Authorities are cautioning people about elevated fire danger. (photo by Edwin Folven)

The fire on Oct. 15 was reported at approximately 6:55 p.m. via a 911 call. The flames were spreading on a hillside southwest of the Griffith Observatory, said LAFD spokeswoman Amy Bastman.

Approximately 75 firefighters quickly made their way to the site of the blaze, which was kept from spreading with water dropped from helicopters. Bastman said a lack of wind helped firefighters contain the blaze to three-quarters of an acre of land in steep hillside terrain. No structures were damaged and no injuries were reported.

“Our ground resources were complemented by precise water drops, which did stop forward progress of the fire.” Bastman said.

During the fall fire season, the LAFD is warning the public to not use any devices with open flames in and around natural areas. Smoking is prohibited in city parks.

“With the weather being what it is, there is always a potential for brush fires to expand,” Bastman added. “We are asking people to be especially careful with anything that causes heat or sparks.”