Students in the Beverly Hills Unified School District raised more than $3,000 this month in support of people affected by this summer’s devastating hurricanes. 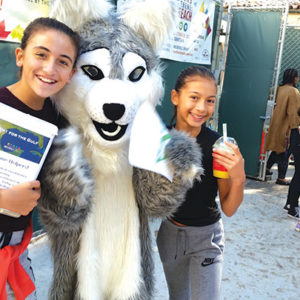 The first round of the district’s #BH1 for the Gulf fundraising efforts will go directly to the Alief Independent School District in southwest Houston, where an estimated 200 staff members lost their homes and vehicles in the destruction from Hurricane Harvey in August.

Students, with the assistance of teachers and parent volunteers, collected donations at the district’s school sites over a two-week period this month. The total amount of money raised came to $3,180.

“It’s important – because when something happens, not everyone is willing to help others,” said Daniela Rabbanian, a fifth-grader at Hawthorne. “We did a pretty good job because lots of kids worked to ask for donations – and we got lots of people to give donations”

“We wanted to reach out directly to another school community, knowing that recovering and rebuilding from a disaster like this is going to take some time,” said Beverly Vista School Principal Christian Fuhrer, who has been coordinating the #BH1 for the Gulf effort. “The goal is to teach our kids that even in the most difficult situations, we can all make a difference.”