A 37-year-old woman jumped to her death from the roof of an 11-story building on Wilshire Boulevard on Oct. 20. 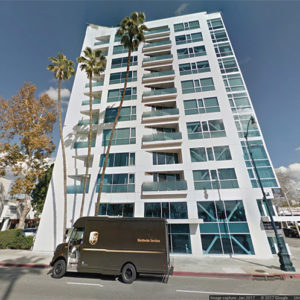 Blu Beverly Hills is located in the 8600 block of Wilshire Boulevard. (photo courtesy of Google Maps)

The incident occurred at approximately 3:15 p.m. in the 8600 block of Wilshire Boulevard, near Stanley Drive. Cohn went to Blu Beverly Hills and toured the building with an apartment manager, Winter added.

“She requested to look at the roof, climbed up on a railing and jumped,” Winter said.

Blu Beverly Hills has a rooftop lounge, according to the building’s website.