State Senate President Pro Tempore Kevin de Leon (D-Los Angeles) announced in a video on Sunday that he will challenge Sen. Dianne Feinstein (D-Calif.) in the 2018 race for one of California’s two seats in the U.S. Senate.

“They want a job, they want a sense of security so they can provide for themselves and their family,” de Leon said in the video, describing the issues important to many voters and his motivation for running. 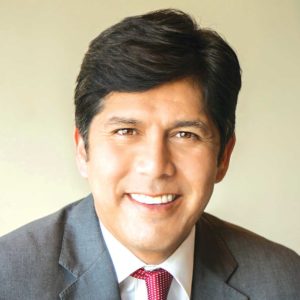 Feinstein earlier this month announced that she will seek re-election, ending months of speculation. She has served California in the Senate since 1992, when she won a special election to replace Pete Wilson, who resigned to become governor.

A former member of the Assembly before his 2010 election to the Senate, de Leon is the son of an immigrant mother who supported her family in the San Diego barrio of Logan Heights with housekeeping and other pick-up jobs. He was the first in his family to graduate high school.

He attended UC Santa Barbara and graduated from Pitzer College at the Claremont Colleges with honors, is a Rodel Fellow at the Aspen Institute and a guest lecturer at the University of Southern California, and he has one daughter.

Before entering politics, de León served the public as a community organizer, taught English as a Second Language and U.S. Citizenship, and advocated for public schools.