The sweet life of urban beekeepers

When Raymond Martherus realized he had a hive of bees living in his attic, he didn’t panic.

Upon finding his buzzing new roommates, Martherus went online and found a local group of natural beekeepers who promptly came over to help remove the bees. Once they arrived, they asked Martherus if he wanted them.

“What do I need to do?” he enthusiastically asked. 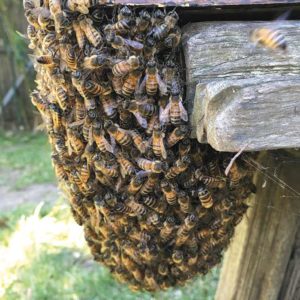 They gave him a to-do list, and soon after, Martherus bought a beekeeping suit and hive supplies. He was officially a beekeeper.

As regional marketing director at Lassens Natural Foods and Vitamins, Martherus already believed in protecting the environment and living as organically as possible.

Martherus grows tomatoes and grapes, and has an orange tree and lemon tree, and several other plants. Bees were a natural addition to his lifestyle.

“I guess the way I looked at it, I was trying to provide safe space for them because so many people are afraid of bees, and their initial reaction is, ‘I need to get some chemicals or pesticides and rid my yard of them,” Martherus said. “Whereas, to me, no, you don’t need to do that at all. And if you don’t want them, there are plenty of people out there who will help gently relocate them.”

One of the groups that helps people relocate bees is HoneyLove, a Los Angeles-based nonprofit organization that hosts classes for new urban beekeepers.

Erik Knutzen, who volunteers with HoneyLove, regularly responds to calls about swarms in walls, trees and a variety of other places that feral bees attempt to move into.

Knutzen, who has an urban farm at his home in Silver Lake, became a beekeeper in 2009.

A man had found bees inside a Shop-Vac, and out of fear, thrown it into a bush.

About a year later, Kirk Anderson, a local natural beekeeper, picked up the Shop-Vac and brought it to Knutzen’s house. Anderson sliced open the bottom of the Shop-Vac and soon, Knutzen had his own beehive. 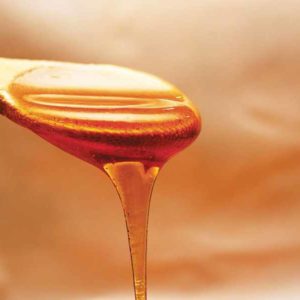 He was hooked from the moment the Shop-Vac was opened, and he saw what seemed like magic inside.

“You’re looking into one of the great mysteries of nature,” Knutzen said. “It took my breath away.”

Knutzen, also a natural beekeeper, takes a hands-off approach with his bees. He lets them build their own comb, and he doesn’t treat them with chemicals.

His main job is to ensure they have plenty of room. Other than that, he leaves them alone, appreciating their pollination services. Generally, he doesn’t take their honey.

Backyard beekeeping was legalized in Los Angeles in 2015, which means, with the right amount of yard space and time, many L.A. residents can try their hand at beekeeping.

Knutzen said anyone interested in beekeeping can attend a HoneyLove meeting and decide whether it’s something they’d like to pursue.

Beyond the California native plants, peaches and lavender growing in Knutzen’s backyard, he has two beehives that sit buzzing with bees frequently coming and going.

For Knutzen, the bees have been a pleasant connection with nature that he has right at home in the heart of L.A.

“I just love this interaction with this organism that’s so different than us,” Knutzen said. “When you have that experience with them, there’s no going back. You’ll always want to have them around. They’re just so magical and beautiful, and to be able to witness things, like the dance they do to say where they’re going to go, that kind of stuff is amazing to see first hand.”

Georgie at The Montage