In response to persisting complaints about party houses in Hollywood Hills, the city attorney announced last week that he has filed criminal charges against an owner of one house and a property manager of another.

“The party’s over for out-of-control nuisance houses,” City Attorney Mike Feuer said in a statement. “It’s completely unacceptable for residential homes to be rented out every few weeks for massive parties that attract hundreds of guests, blast music throughout the night and block streets, disrupting peace and quiet in our neighborhoods. My office will continue to work closely with the Los Angeles Police Department and members of the community to help restore the quality of life our residents should be entitled to expect.” 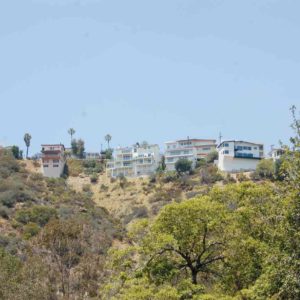 Kamran Younai, 46, owner of a house at 7842 Electra Drive, was charged with 10 counts of maintaining a public nuisance and six counts of engaging in illegal short-term rentals. Younai faces up to eight years in prison and $16,000 in fines if convicted. The city attorney’s office alleges that Younai has been renting the property to short-term tenants, who typically use the house to hold parties that have disturbed neighbors with noise, traffic and crowds of people in the street. Large-scale parties allegedly continued after Younai received a cease-and-desist letter in May 2016, followed by a conference a few months later.

Rose Garcia, 43, the property manager of 2649 La Cuesta Drive, was charged with seven counts of maintaining a public nuisance and three counts related to noise. She faces up to three years and $7,000 in fines if convicted. Complaints allegedly continued after a cease-and-desist letter and conference.

Arraignment for both cases is scheduled for Oct. 6.

“I commend City Attorney Mike Feuer in his effort to protect the quality of life of our residential neighborhoods and prioritize public safety,” Councilman David Ryu, 4th District, said in a statement.

Residents of the Hollywood Hills, which is part of Ryu’s district, have been frustrated for years by the loud music and other side effects caused by disruptive parties in the area. In some cases, the houses are rented via short-term rental websites such as Airbnb, or classified advertising websites like Craigslist. Airbnb allows neighbors to file complaints on airbnb.com/neighbors.

Between Aug. 1, 2016 and July 31, the company says it has generated $40 million for the city in taxes paid by guests, and that Los Angeles is second only to New York on its list of busiest markets this summer.

Last November, Ryu introduced a motion for the city attorney to draft an ordinance regulating party houses. Included in the ordinance are escalating fines up to $4,000 for violators, public notice of violators and an increase in the activity that defines a party house. Steve Houchin, a neighborhood prosecutor for the city attorney’s office, told residents at a town hall earlier this year that the lack of a legal definition of a party house has hindered law enforcement.

The ordinance, designed to strengthen enforcement, is pending at the committee level.

“These outlandish parties besiege the neighborhoods of the Hollywood Hills, overcrowd residential streets and pose a significant risk to public safety,” Ryu said in a statement earlier this week. “Our police department should not be tasked with breaking up these public nuisances every weekend with no recourse  to solve the problem. That’s what this draft ordinance intends to do.”

Change on the horizon for Beverly Hills schools