Los Angeles Chamber Orchestra kicks off its 50th anniversary with unique performances featuring internationally acclaimed violinist Joshua Bell beginning on Saturday, Sept. 30 at 8 p.m. at the Alex Theatre in Glendale, and on Sunday, Oct. 1 at 7 p.m. at UCLA’s Royce Hall. 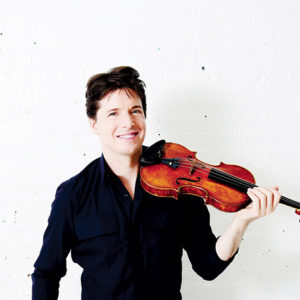 In performances led by guest conductor Jaime Martín that help kick off Leonard Bernstein’s centennial, Bell performs Bernstein’s “Serenade” (after Plato’s “Symposium”) for violin and orchestra inspired by Plato’s text on love. Martín, in his LACO debut, also conducts Brahms’ “Serenade No. 1 in D Major,” noted for its horn section and symphonic quality, and Mozart’s overture to the opera, “The Abduction from the Seraglio.” After each performance, the audience is invited to a free post-concert party in the lobby to celebrate LACO’s season opening.

LACO is ranked among the world’s top musical ensembles. The orchestra is known as a preeminent interpreter of historical masterworks as well as a champion of contemporary composers.