At least 400 people are expected to attend Photo17, an annual photography auction to benefit “Stories: The AIDS Monument.” 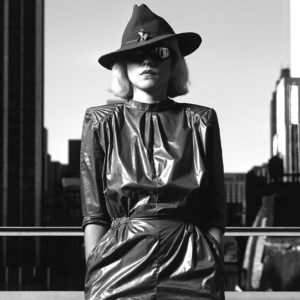 Net proceeds from the event are donated to the nonprofit foundation for “Stories: The AIDS Monument,” which will memorialize the estimated 650,000 people lost to AIDS in the U.S, and honor the courage of activists, caregivers and community leaders. It will be built in West Hollywood Park, south of Santa Monica Boulevard and San Vicente Boulevard, across from the Pacific Design Center and north of the West Hollywood Library.

The Foundation for The AIDS Monument is in the final phase of a $5 million fundraising campaign to build the monument, designed by Daniel Tobin of the Urban Art Projects.

“This Monument means love; it means hope; it means we do our part and stand against the ill will we see in the world,” said Sharon Stone, the event’s honorary chairwoman.

Photo17 will feature live and silent auctions from collectors and galleries. It will include 80 silent lots and 20 live lots, with bidding available around the world via Paddle8, an online auction house.

“This auction, now in its third year, attracts many of the world’s finest photographers. The expressions and contributions toward the AIDS Monument make this a perfect event for Milk to support” said Willie Maldonado, Milk L.A.’s founder. “The untold loss ­— and untold stories of the artists, models and fashion industry leaders cannot be measured. This is our way of bringing those stories to life, and to remember those people in an artistic way.”