Almost a year since Nancy Paulikas, a woman suffering from early-onset Alzheimer’s disease, disappeared after a visit to the Los Angeles County of Museum of Art, family and friends gathered to raise awareness. 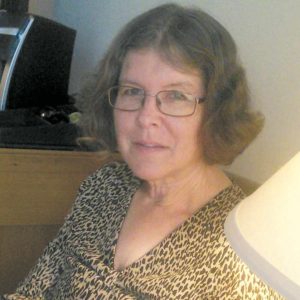 Nancy Paulikas’ husband has released two photographs of his missing wife, including an age-enhanced photograph, below, showing how Paulikas may currently appear. (above photo courtesy of Kirk Moody)

The gathering at the museum on Sept. 23 coincided with screenings of the films “Chocolate” and “Still Alice,” which focus on people struggling with Alzheimer’s disease. Paulikas’ husband Kirk Moody said a couple hundred people attended the film screenings, which were dedicated to his wife, who remains missing. Moody said he was thankful for the support.

“It went very well. LACMA has been very supportive, and the fact that LACMA put on this screening was very kind,” Moody said. “They introduced me to speak, and I made my speech short. The message we are still trying to get out is to please share this story on social media as widely as possible.”

Moody and Paulikas, 55, visited LACMA with Moody other family members last Oct. 15. At approximately 2:55 p.m., Paulikas entered a women’s restroom on the second floor of the Ahmanson Building, and Moody walked down one level to use a men’s restroom.

When he returned, Moody could not find his wife. He asked security for help. Authorities searched the neighborhood around the museum, but Paulikas was gone.

In the days following the disappearance, Moody and a small army of supporters canvassed the surrounding neighborhoods and posted flyers. They got a break when authorities checked security camera footage in the area and saw Paulikas walking away from the museum west on Wilshire Boulevard toward McCarthy Vista/Crescent Heights Boulevard. The image was captured approximately 15 to 20 minutes after she was last seen at LACMA.

Moody said the ordeal that followed has been gut-wrenching. The initial belief was that someone may have taken Paulikas in and was unaware of her true identity. Moody has contacted thousands of hospitals and assisted living facilities throughout Southern California, with no luck finding his wife. 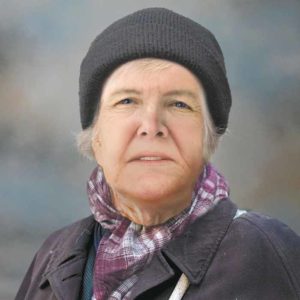 Paulikas’ disappearance is being investigated by police in Manhattan Beach, where Moody and his wife live. Authorities routinely check with the Los Angeles County Coroner’s Office to see if any Jane Does match Paulikas’ description. Police also help with obtaining security camera footage when people provide tips about possibly seeing Paulikas, and have been working with state and federal officials to determine if anyone may be trying to obtain health care benefits in Paulikas’ name.

Moody said he is also working with nonprofit organizations and media outlets to disseminate information about the disappearance. He recently participated in the Walk to End Alzheimer’s-Beach Cities. KTLA also recently broadcast a news segment about Paulikas, who will also be the subject of an upcoming program as part of KCET’s SoCal Connected series.

County authorities have created a task force to explore the best ways to keep track of people with Alzheimer’s’ disease and dementia. Los Angeles County Supervisors Janice Hahn, 4th District, and Kathryn Barger, 5th District, authored a motion that led to the task force – known as Bring Our Loved Ones Home. The program is still in the formative stages. 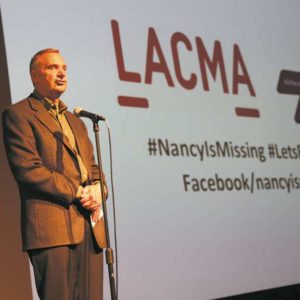 Moody said he is trying to come up with new idea in the search for his wife, and is holding on to hope that she will soon be found. Police and the family continue to believe Paulikas may be in a care facility and lost in the system. Moody added that the upcoming anniversary of Paulikas’ disappearance is a stark reminder of the odyssey the family has been through during the past year.

“I am dreading it,” Moody said. “We are still very concerned about her. I am not sure what to do next.”

Paulikas is white, 5-feet-7-inches tall and 140 pounds with light brown and grey hair. She was last seen wearing a red print shirt, blue jeans and blue sneakers. A $30,000 reward has been offered for information that leads to Paulikas.