A routine check at a West Hollywood apartment last January for a missing teen from Tulare County led authorities to one of the largest human trafficking operations on the West Coast, marking what authorities called a significant victory in the fight against the illegal sex trade.

The seven-month-long investigation that ensued led to 15 juveniles and adults being freed. 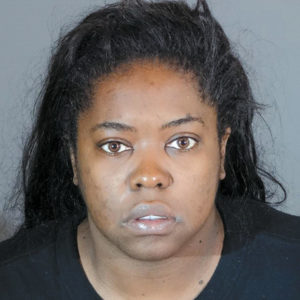 Authorities are still searching for Mia Maree McNeil for crimes commited in connection with the human trafficking ring.
(photo courtesy of the LASD)

Los Angeles County Sheriff Jim McDonald joined Tulare County Sheriff Mike Boudreaux and California Attorney General Xavier Becerra on July 27 to announce arrests in the case during a press conference at the Los Angeles County Hall of Justice. In custody are Quinton Brown III, 30, and Gerald Lavell Turner, 32, who were arrested and charged in July.

Police allege Brown and Turner were the ringleaders of a human trafficking operation with ties to cities throughout California and beyond. Still sought is Mia Maree McNeil, 32, who is facing 12 felony counts of grand theft, identity theft and receiving stolen property.

Detectives with the Los Angeles County Sheriff’s Department spearheaded the local investigation as part of the Los Angeles Regional Human Trafficking Task Force. They worked with investigators in Tulare County and from other law enforcement agencies to crack the case.

Los Angeles County Sheriff’s Department Det. Chris Hicks said the case illustrates the complexity of human trafficking operations and the extent of their reach. He said they discovered the ring accidentally after a father in Tulare County filed a police report there last December about his missing juvenile daughter. In January, the father learned that his daughter might be in an apartment in the 1500 block of North Crescent Heights Boulevard in West Hollywood. Tulare County Sheriff’s Department investigators alerted West Hollywood deputies, who went to the apartment and located the girl.

Also in the apartment was Turner and another girl who authorities later determined was a victim of trafficking from Tulare County. Turner was taken into custody on a parole violation and the girls were released to their families. That was the beginning of a seven-month investigation, Hicks said.

“It’s one of the biggest cases, and it’s really just the beginning. We believe it is just the tip of the iceberg,” Hicks said. “Human trafficking is becoming more and more prevalent. We are seeing a lot more of it now.”

The investigations determined that Brown, Turner and McNeil were involved in a ring that stole the identities of at least eight people and used them to rent apartments the suspects converted into brothels. The suspects advertised the women on social media and websites, Hicks said. When the suspects thought police were closing in on them at one location, they would move to another, making it difficult for law enforcement to track. The ring moved between Tulare, Bakersfield, West Hollywood, Los Angeles and San Diego, and as far north as Santa Cruz and San Francisco. The suspects may have also operated in Las Vegas. The victims ranged in age from 15 to their early 20s. They were all from Tulare County. 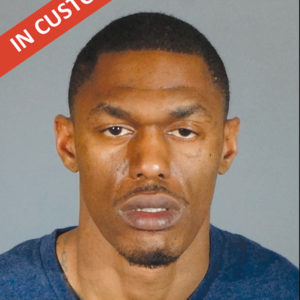 Gerald Lavell Turner has been charged with multiple felony counts. (photo courtesy of the LASD)

“Superior police work and persistence led investigators on an intensive, seven-month investigation of a sex trafficking operation. It encompassed an area stretching from Bakersfield to the San Francisco Bay area, and from the Los Angeles Basin to Las Vegas, Nevada,” McDonnell said. “This is exactly the kind of criminal enterprise which requires the rapid response and expertise of a specialized taskforce, like the L.A. Regional Human Trafficking Taskforce.”

“Law enforcement agents throughout the state work tirelessly every day to ensure that Californians are safe from exploitation and do not become victims of human trafficking,” added California Attorney General Xavier Becerra. “These charges stem from the hard work of the Tulare County Sheriff’s Department, Los Angeles Sheriff’s Department, Los Angeles Regional Human Trafficking Task Force and the California Department of Justice attorneys and special agents. I want to thank our law enforcement partners for their efforts over the course of this investigation to bring these defendants to justice.”

Hicks said Brown, of Highland, California, was already in custody in Tulare County on other felony charges when he was arrested on July 18 and charged with 41 felonies related to the human trafficking operation. He is being held in a Tulare County jail in lieu of $2.1 million bail.

Turner, of Fresno, was initially taken into custody on a parole violation in January when he was found in West Hollywood, but was later released. Following the investigation, he was re-arrested on July 25 and formally charged with six felony counts. He is being held in Tulare County in lieu of $645,000 bail.

McNeil, a Los Angeles resident, is still at large. Anyone with information is asked to call the Los Angeles Human Trafficking Task Force at (323)526-5130.

Hicks cautioned parents to monitor their children’s social media and internet usage, as that is how many predators find children who become victims. He said signs of trouble are not always easy to identify. Human trafficking doesn’t always mean a victim is kidnapped and not seen again. Sometimes pimps coerce girls into working for them only on weekends, and parents may not realize that their child is doing anything other than “staying at a friend’s house for the weekend,” Hicks said.

“They use manipulation, threats of violence and narcotics,” he added. “It takes on a lot of different forms.” 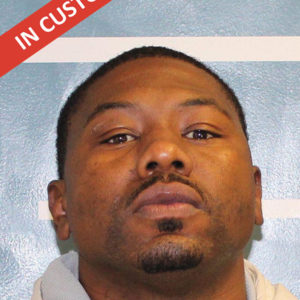 Quinton Brown III is in custody and has been charged with multiple felony counts.
(photo courtesy of the LASD)

The detective said signs to watch for are teens skipping school, going away every weekend, using drugs and becoming withdrawn or distant.

“Also look for unexplained money, higher-end clothing and a change in behavior,” Hicks said. “Pimps try to isolate them from their parents. It happens to children as young as 12 or 13.”

The victims liberated by the Los Angeles Regional Human Trafficking Task Force were linked with services to help them get their lives back on track. Boudreaux said one of the victims located during the investigation is making significant progress.

“She was able to go to counseling after being ripped out of this environment,” Boudreaux said. “She has gone through rehab, and sitting with her most recently, she’s [a different] person. She’s healthy, she looks healthy, their families are reunited. Their family unit is strong again, and that’s only because of the efforts of law enforcement and bringing attention to cases just like this.”

Work begins on street improvement project near Hollywood and Western