A special Throwback Thursday is coming to the big screen at Hollywood’s El Capitan Theatre for its first ever double feature celebrating the 35th anniversary of “Tron” with “Tron” (1982) and “Tron: Legacy” (2010), both screened on Aug. 10. 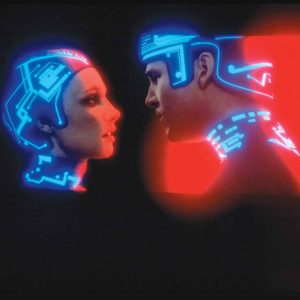 The theater is celebrating the 35th anniversary of “Tron,” which first debuted in 1982. (photo courtesy of Disney)

“Our Throwback Thursdays have been very popular, and we are as thrilled as our El Capitan guests to see these two classic Disney live action films, ‘Tron’ and ‘Tron: Legacy,’ together for one night, back-to-back, on the big screen,” said Ed Collins, the theater’s general manager. “Over the years since ‘Tron’ was first introduced to audiences in 1982, the world of ‘Tron’ has spawned a loyal and expansive following worldwide, encompassing video games, comic books and even an animated television series. It’s a perfect double feature Throwback Thursday and the first one we have ever offered at The El Capitan Theatre. We couldn’t be more excited.”

The El Capitan Theatre is located at 6838 Hollywood Blvd. For information, visit elcapitantickets.com.

Up to $10,000 available for sidewalk repairs