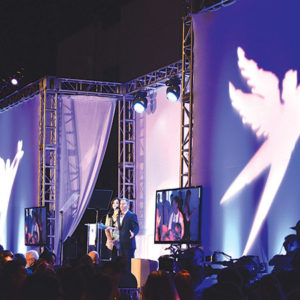 This year’s event holds a special significance, as it will posthumously honor the legendary performer George Michael, a dedicated friend, volunteer and supporter of the organization and its largest individual donor to date. He will receive the Elizabeth Taylor Humanitarian Award, named for the iconic star, who was both a generous and loyal benefactor. Adam Lambert will perform a special musical tribute, including a selection of George Michael’s most memorable songs.

George Michael was a special guardian presence for Project Angel Food when the organization was going through its most trying times. In 1993, Project Angel Food persevered to feed the influx of AIDS patients who turned to them during the height of the epidemic. Struggling to make payroll while sacrificing internally for the good of the community, Project Angel Food received an unsolicited donation, placed on the organization’s doorstep. Contained in an envelope was a check and note from George Michael, for the amount of $25,000. He donated that same amount every year until his death last year.