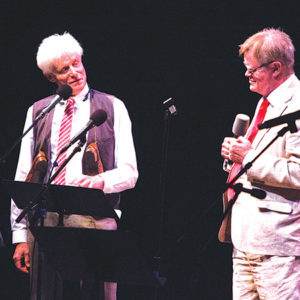 Keillor’s book’s include “Lake Wobegon Days” and “The Keillor Reader.” His business ventures have included the opening of an independent book store in 2007. (photo courtesy of Emporium Presents)

Keillor, a well-known author, storyteller, humorist, voice actor and radio personality from Minnesota began his radio career as a freshman at the University of Minnesota. He went to work for Minnesota Public Radio in 1969, and from July 6, 1974 through July 1, 2016, he created and hosted his popular variety show, “A Prairie Home Companion.”

His many books include “Lake Wobegon Days,” “The Book of Guys, Pilgrims: A Wobegon Romance, Guy Noir and the Straight Skinny” and “The Keillor Reader.” He is the host of the daily program “The Writer’s Almanac” and the editor of several anthologies of poetry – most recently, “Good Poems: American Places.” In 2006, Keillor played himself in the movie adaptation of his show, a film directed by Robert Altman. In 2007 he opened an independent bookstore, Common Good Books, in St. Paul, the city where he and his wife make their home.