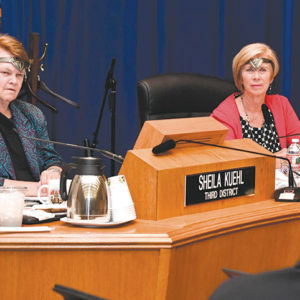 The discussion occurred as the board considered Hahn’s motion to remodel the Marina del Rey Fire Station to accommodate male and female firefighters in locker rooms, dormitories and restrooms. While the supervisor noted that the passage of the motion was a positive improvement, much more work remains.

“Remodeling our fire stations to accommodate both men and women is progress but it is an empty gesture if we do not actually hire women as firefighters to staff those stations,” Hahn said. “We can and we must do better, and I think my fellow Wonder Women on the board agree with me.”

City cracks down on parkway parking