“My father loved his work and the people he collaborated with,” Steve Matt, CEO of MATT Construction, said in a statement. “During his recent battle with non-Hodgkin’s lymphoma, he continued to apply his amazing passion for building. All of us at MATT take great solace that he lived to see his dream fully realized – building a company of great builders and great people. We will proudly carry on his legacy.”

MATT Construction served as the general contractor of the Petersen Automotive Museum’s new design. The Los Angeles County Museum of Art Resnick Pavilion and the Waldorf Astoria Hotel are also among the projects on Matt’s resume, according to a company news release. 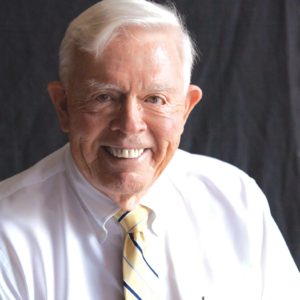 He also worked on The Broad and the Broad Contemporary Art Museum of LACMA. Eli Broad said in a statement that he and his wife Edythe were “saddened” by Matt’s death.

“We were grateful to have the opportunity to work with Paul and his team on The Broad and the Broad Contemporary Art Museum of LACMA,” he said. “We will miss Paul’s collaborative spirit, innovative thinking and his willingness to take on the most challenging of projects, but we know his legacy and his work will live on through his son Steve and all the talented builders at MATT Construction.

Matt was born on June 1, 1932 in Rome, New York, and studied structural engineering at the Oregon Institute of Technology.

After serving in the Air Force, Matt worked as a welder on The Dalles Dam in Oregon, according to the news release. He began working in construction as a surveyor, and in 1962 became job superintendent for the Salk Institute in San Diego by renowned architect Louis Kahn.

He founded MATT Construction in 1991 with his brother and son.

“Twenty years ago, when I began working at MATT, I was trying to understand what my role would be with the company and Paul told me, ‘You can contribute to growing the company in any way you like as long as you’re not worried about who gets the credit,’” said Marvin Wheat, president of MATT Construction. “Paul always showed me how powerful it is to be a selfless team player.”

Matt, a Newport Beach resident, is survived by his wife, two brothers, three children and 11 grandchildren.

Funeral services will be private. The company encourages friends to share their memories by emailing paulmattremembered@mattconstruction.com.