A decision by the Los Angeles Zoo to move a new female Asian elephant into its Elephants of Asia habitat has not altered Councilman Paul Koretz’s determination to move the zoo’s lone male pachyderm to a sanctuary. 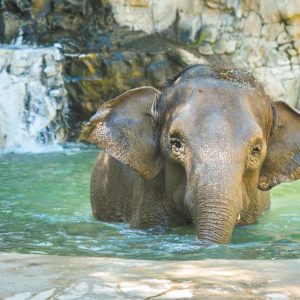 However, Koretz said he is fine with the new female elephant living at the zoo, for now.

In April, Koretz authored a motion calling for the male elephant, Billy, to be moved to a sanctuary. He claims Billy bobs his head repeatedly in a manner consistent with being in distress. Billy is kept in a separate part of the habitat than the female elephants because he is of reproductive age and they are older, and he could present a danger to them.

Koretz said while he wants to eventually have all of the elephants removed from the zoo, allowing the new elephant to join the other two females is a good idea at this time, he said.

If Billy is moved to a sanctuary, it will open more space in the habitat for the three female elephants. Koretz’s plan for Billy to be moved will next be reviewed in the city council’s Arts, Parks, and River Committee, likely in August. If approved, the motion will go to the full City Council.