The Los Angeles Chamber Orchestra (LACO) has announced the appointment of Michael Thornton as principal horn and David Grossman as principal bass. 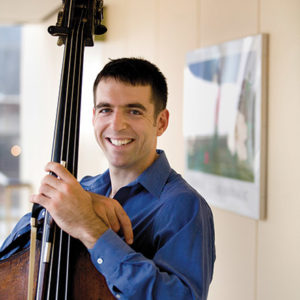 The musicians begin their new posts immediately and will continue in their current positions. Thornton was principal horn for the Colorado Symphony and Grossman performs bass with the New York Philharmonic, which he joined as its youngest member in 2000.

“Both musicians are exceptional talents who bring artistic depth and an enthusiasm for community in equal doses,” said LACO executive director Scott Harrison. “David’s bass playing combines sensitivity and precision, the perfect recipe for the foundation of the orchestra. Michael’s horn playing is pristine and resounding, and his experiences sitting principal with top symphony and chamber orchestras nationwide gives him a versatility that will shine through a range of programs. The two have also communicated to me their eagerness to get to know our audiences and become active members of the LACO family.”

Grossman was introduced to LACO last fall while on sabbatical from the New York Philharmonic.

“I was eager to play as a guest with LACO, but I wasn’t anticipating falling in love with such a fine ensemble,” Grossman said. “After such a richly artistically rewarding week, I learned there was an upcoming audition for principal bass. I thought of a dozen reasons why it was crazy to even consider a bi-coastal existence – maintaining my musical life in New York with the possibility of joining LACO. However, the singular immortal message of Joseph Campbell – ‘follow your bliss’ – rang true. So I am very excited to embark on what I hope will be the first of many deeply rewarding seasons making music with my wonderful LACO colleagues, as well as being part of the West Coast musical fabric in general.” 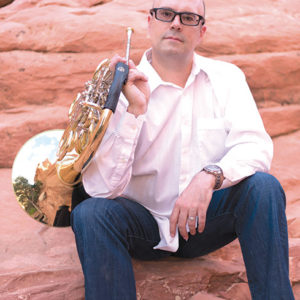 Thornton has had a varied career as an orchestral performer, chamber musician, soloist and pedagogue.

“In March, I had the opportunity to play a concert series with LACO, and I knew then that I wanted to be a part of this wonderful group,” Thornton said. “Every musician was so committed and so excellent, and the concerts were stellar.  I am thrilled to join this vibrant organization and look forward to many exciting performances in the future.”