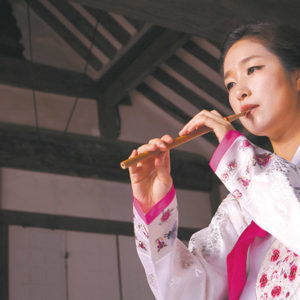 The concert will include “pungnyu” in folk style, folk song arirang and a sanjo ensemble for piri and gayageum. Participating artists include Gamin, HyoJin Kang and Woonjung Sim, as well as artists from Korea visiting for the special performance.

Summer sizzles with salsa dancing at The Autry