A 33-year-old man pleaded no contest on July 7 to assaulting a man at a Metro station in Hollywood, the Los Angeles County District Attorney’s Office announced. 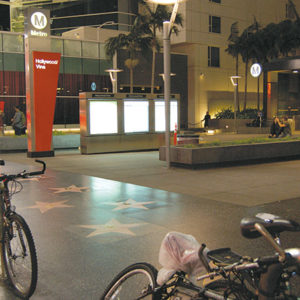 The defendants struck a victim at the Hollywood and Vine Metro subway station in December. (photo by Edwin Folven)

James Anthony Hanson, of Culver City, entered the plea to one felony count of assault by means of force likely to produce great bodily injury. Deputy District Attorney Joy Sumabat-Graff, who prosecuted the case, said Hanson was immediately sentenced to three years of formal probation and ordered to complete 52 anger management classes. Additionally, the defendant was ordered to stay away from the victim and the Hollywood/Vine Metro Station.

On Dec. 13, Hanson punched a 59-year-old man in the face while the victim was looking away from the defendant at the Hollywood/Vine Metro Station, the prosecutor said.