Los Angeles native and award-winning director and choreographer Daniel Ezralow returns to the Wallis Annenberg Center for the Performing Arts for the world premiere of “Primo Passo” on July 13-14 at 8 p.m. each night.

“Primo Passo” examines first steps in life and presents a career retrospective as well as an investigation of what’s next for the choreographer. 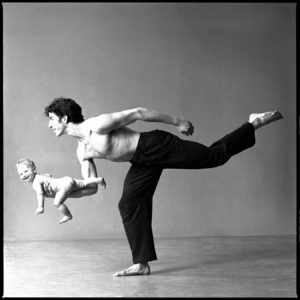 (photo courtesy of the Wallis Annenberg Center for the Performing Arts)

‘Primo Passo’ also revisits and reimagines some of Ezralow’s most powerful works to explore their initial artistic impulse. Ezralow’s expansive and award-winning career – as a director, choreographer, writer and performer – has masterfully traversed the mediums of theater, film, music and television, from modest venues to the world’s greatest stages. The Huffington Post called his recent production of “Pearl” at Lincoln Center “a stunning collaborative spectacle of dance, theater, film, music, multi-media and history.”

Throughout his career, Ezralow has created works for Hubbard Street Dance Chicago, The Paris Opera Ballet, Batsheva Dance Company of Israel, Cirque du Soleil, and the opening ceremony of the Sochi Olympics. He has choreographed Broadway’s “The Green Bird” and “Spider-Man: Turn Off the Dark,” as well as the seminal musical film “Across the Universe.” He collaborates and creates spectacles with artists, from the legendary designer Issey Miyake to the musical icon Katy Perry. Ezralow is the founder and artistic director of Ezralow Dance, a movement-based ensemble known internationally for its explosive physicality, original thought and playful humor.

“It is such a delight to welcome Daniel and his company back to the Wallis for ‘Primo Passo’ this season,” said Paul Crewes, the Wallis’ artistic director. “Daniel’s lifetime work embraces such a wide mixture of styles, whether he’s creating modern dances, or choreographing for Broadway, the Oscars or the Olympics. This extraordinary evening will bring all of these skills and influences together for this brand new world premiere and an exciting night of dance.”

The Wallis Annenberg Center for the Performing Arts is located at 9390 N. Santa Monica Blvd. in Beverly Hills.