Watch ‘The Mummy,’ lose your soul

If I can stop one person from seeing “The Mummy” – just one of you out there wondering what to spend your hard-earned money on – then I have redeemed every grammatical mistake and factual error that snuck onto these pages during my tenure. This isn’t just a bad film, it’s an affront to logic, emotional depth and everything you learned in a writing class about clichés.

“The Mummy” returns for its fifth remake since the original film in 1932. But this time it’s bigger, with greater stakes and a plotline likely to appear in a slew of screenwriting classes as a primary example of what not to do. 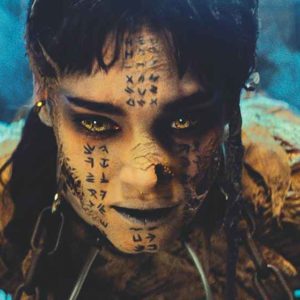 Sofia Boutella plays Ahmanet in an all-new, cinematic version of the legend that has fascinated cultures all over the world.
(photo courtesy of Universal Pictures)

In some ways, this is all Marvel’s fault. Confused? So are general audiences who don’t know this is the first installment in Universal Pictures’ “Dark Universe,” a monster-movie franchise featuring interconnected stories of all the greats from movie history: the Mummy, Frankenstein’s monster (Javier Bardem), the Invisible Man (Johnny Depp) the Hunchback (I suppose he’s “great” based on loose standards) and whoever else the studio can lock down.

Starring Tom Cruise as Nick Norton (a monster-movie newbie) and Russell Crowe as Henry Jekyll (yes, Mr. Hyde too), “The Mummy” bites off more than it can chew, vomiting out an incoherent story that spends so much time developing a larger universe it forgets to focus on the events at hand. Nothing remotely scary occurs here, but the idea of seeing this film again will haunt my dreams more than any “Transformer” flick ever could.

All the pieces seem so promising. Alex Kurtzman, writer of “Star Trek” and “Lost,” helms his sophomore feature film. Certainly an untested commodity, but Kurtzman is a Hollywood veteran with some stellar credits to his name.

Cruise, a rather quirky fellow, is normally blockbuster gold. Say what you will about him, but his commitment to the “Mission: Impossible” franchise transformed it into a lucrative action property, and his sci-fi contributions are incredible (“Minority Report” and “Edge of Tomorrow”).

And Sophia Boutella, the sword-leg lady from “Kingsman: The Secret Service,” looks amazing in her mummy garb as resurrected Egyptian Princess Ahmanet. Apparently mummies rock two pupils in each eye. It’s a money-making shot, and the film trailers capitalized on it well. Wow, what false advertising it was. She’s rarely menacing, a disposable villain like far too many.

Everything falls apart during the opening exposition. According to this film, we always need some random narrator explaining every little detail. Next, we meet our hero. Too bad soldier Nick Norton (Cruise) is a war profiteer trying to steal relics in Iraq with his buddy Chris Vail (Jake Johnson), the only watchable character in the film. Don’t worry, Nick quickly becomes a good guy, even hangs out with love-interest Dr. Jennifer Halsey (Annabelle Wallis), completely setting aside his thieving ways in some entirely believable characterization that doesn’t at all feel convenient or trite.

And then we digress into one of the longest setups for future films: enter Prodigium, a secret society with the task of fighting evil supernatural threats. Its leader: Dr. Jekyll (Crowe), a man who knows what evil lurks in the shadows of us all. Eventually the plotline returns, but not before this long vacation in Prodigium attempts to whet your appetite for more evil fighting to come. This all makes me miss “The League of Extraordinary Gentlemen,” and that’s saying something.

But the action’s got to be pretty good, right? No Jerry, it’s not. Most scenes occur at night, amid fog or in dark tunnels, like the climax of the film. These settings have one clear purpose: darken every frame depicting CGI, allowing the effects team to reach a short deadline and export it to a theater near you ASAP. This is lazy filmmaking that makes me wonder if most of the film’s $125 million production budget was siphoned into an offshore Swiss account to fund Brendan Fraser’s return to the A-list. At the very least, he must be basking in the knowledge that 1999’s “The Mummy” is the bacon compared to this McRib.

I miss when bad movies had charm. B-movies traffic in terrible acting, awful visual effects and dialogue written during a weekend bender in Vegas. “The Mummy” isn’t even enjoyably bad like that. It’s clinical cinema, the kind of bad only a major studio creates when none of the powers that be stop to ask a simple question, “Did anyone read this?”

The Wallis welcomes Alan Alda for forum on better communication