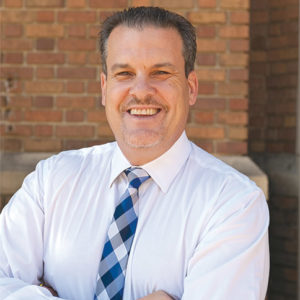 Pedroarias, a member of the school’s class of 1984, is taking over the program from Marvin Sanders, who is not returning after a leave of absence.

“Rick has been coaching Loyola football for an unprecedented 30 years, inspiring our athletes with his passion for the game and our high school,” said Loyola athletic director Chris O’Donnell, class of 1988. “He brings to this important position his well-honed leadership skills, an intricate knowledge of football strategy and a deep understanding of Loyola’s mission on and off the field. We are very much looking forward to having Rick at the helm of our football program.”

“I am very honored to be named head varsity football coach at my alma mater,” Pedroarias said. “Loyola is such a special place that seamlessly blends tradition with innovation. Everything we do on the field reflects the values of our school. That is one of the hallmarks of this football program that I am so proud to lead. I look forward to finding the right spot on the team for each student athlete’s talent, whether he is known for speed, agility, accuracy or strength. Each and every one of them will have a place as a Cub.”

As assistant principal for supervision, Pedroarias is in charge of hiring and the professional development of Loyola’s faculty. Prior to serving in the position, Pedroarias was the dean of men, co-director of Loyola’s summer session, and an AP Spanish literature and culture teacher.

Congrats Coach Pedroarias. You were the Outstanding Offensive Line Coach for our 1989-90 Undefeated Sophmore team. A true pleasure playing under you and the rest of the elite coaches and life mentors.