Music in the Mansion hosting final show on June 23

Music in the Mansion continues at Greystone Mansion & Gardens: The Doheny Estate with its final concert on Sunday, June 23 at 2 p.m. with Firebird Balalaika Ensemble. 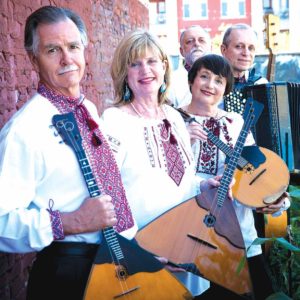 Firebird will close out the Music in the Mansion series this year.
(photo courtesy of the city of Beverly Hills)

Founded in 1995, Firebird is building a reputation as a unique, dynamic, and accomplished group of musicians performing on traditional Russian instruments, including the domra, the balalaika and the bayan. Firebird’s repertoire ranges from traditional Russian and Eastern European songs to well-known classics and works of contemporary composers.

The iPalpiti Festival – bringing together prize-winning musicians from around the globe known for their beauteous string playing, lustrous tone and infectious way of making music – will conclude the Music in the Mansion season on July 26.

The Wallis welcomes Alan Alda for forum on better communication