The Los Angeles City Council and the Department of City Planning have released drafts of ordinances to regulate legal marijuana sales when the state allows sales to start at the beginning of 2018. 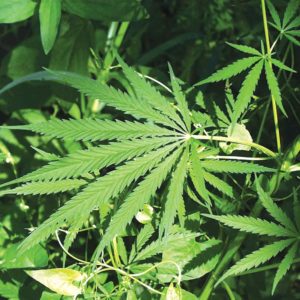 (photo courtesy of the U.S. Fish and Wildlife Service)

The City Council released the draft proposals last week in the effort to comply with Measure M, an initiative approved by voters in March that gives the city authority to regulate the legal marijuana industry in Los Angeles. Measure M repeals the city’s current policies on marijuana sales effective Jan. 1, 2018. Members of the public are encouraged to submit comments on the proposals over the next 60 days.

“We will continue to have a robust dialogue about the regulatory framework and a healthy debate of Los Angeles’ growing cannabis industry prior to final recommendations being considered by the City Council,” said Los Angeles City Council President Herb J. Wesson, 10th District. “I’m calling on all residents and stakeholders to provide comments and feedback on the draft documents to ensure the pending regulations are inclusive of all communities.”

One ordinance will govern licensing, sales and operational requirements for businesses selling marijuana. The other pertains to zoning and locations where the businesses can operate.

The Department of City Planning is overseeing the zoning ordinance. The city’s Planning Commission will make a recommendation later this year, and it will be reviewed by the council before final approval. The proposed ordinance requires businesses that sell marijuana to be at least 800 feet from schools, public libraries, parks and alcoholism and drug rehabilitation and treatment centers. It also requires them to be at least 800 feet away from other businesses selling marijuana. The rules would also apply to dispensaries providing medical marijuana.

The Department of City Planning will hold a public hearing to gather input on Thursday, June 29 at 10 a.m. in Los Angeles City Hall, Room 1010, 200 N. Spring St. For information, visit planning.lacity.org. Written comments may also be emailed to niall.huffman@lacity.org. Comments are requested by July 12.

The proposed ordinance governing licensing, operations and sales includes numerous regulations aimed at reducing the impact businesses selling marijuana could have on communities. All businesses applying for a license from the city must also have a license from the state. Existing medical dispensaries that are registered under the city’s current Proposition D regulations will be given priority to apply for licenses.

Requirements stipulated in the licensing and operations ordinance include having security cameras and alarms installed, as well as hiring security guards. Signage will be limited to on-site sign or wall projection. Only people 21 and over will be allowed to purchase marijuana.

Businesses must keep detailed records of transactions, and the city will hold inspections and review records. Businesses selling marijuana will also be inspected by the police department. Sales will only be allowed from 6 a.m. to 9 p.m.

Wesson is overseeing the effort to create regulations for legal marijuana sales. After the public comment period, the draft will be considered by council committees and the full City Council. The Rules, Elections, Intergovernmental Relations and Neighborhoods Committee plans to hold a public hearing on the draft, likely in early August. Written comment should be mailed to the Los Angeles City Clerk’s Office, c/o Richard Williams, legislative assistant, 200 N. Spring St., Room 360, Los Angeles, CA, 90012. Comments can also be emailed to richard.williams@lacity.org. Reference the council file number 14-0366-S5. For information, call (213)978-1071, or visit herbwesson.com.

“The release of this draft ordinance is a crucial step in the city’s effort to prepare for the Jan. 1 statewide legalization of cannabis and more specifically, to help us create a clear and enforceable set of regulations here in Los Angeles,” Koretz said. “I expect to make comments on the draft myself, and I encourage everyone with any kind of interest in this challenging issue to participate and help us come up with the best regulations possible.”