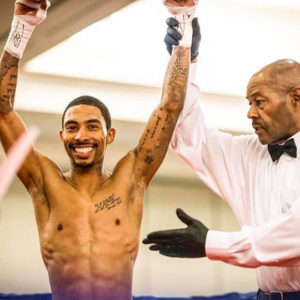 “It feels great to be on a four fight knock out streak, but to be able to knock out hunger, outside of the ring, means so much more to me than boxing,” Staten Jr. said.

As a brand ambassador, Claude will be representing Project Angel Food while reaching out to a younger demographic and instilling the seeds of community awareness and the need to give back to the less fortunate. Staten was born and raised in New York City.

After relocating to downtown Los Angeles, he became increasingly aware of the homeless and hungry people around Skid Row. This motivated him to start his own crusade called Knock Out Hunger. Last December he produced his second annual Knock Out Hunger community event, and by using his own finances and resources fed more than 4,000 homeless people in one day.

Project Angel Food has provided more than 10.5 million meals to men and women with critical illnesses throughout its 28 years. For information, visit angelfood.org.