“This is an incredibly humbling honor,” Zimmer said. “I just don’t even have words to tell you how much I appreciate this honor.

“We have stood together on the most important issues facing the children of this city … Each of us and all of you make me proud to wake up every day and say I’m an Angeleno.” 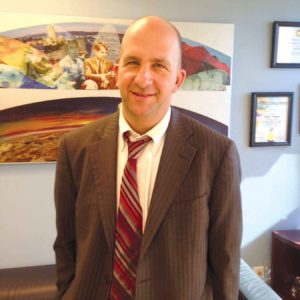 Zimmer finished in first place, with 47 percent of the vote, in the March 7 primary election before losing in the May runoff election to Nick Melvoin. Zimmer has served two terms on the Los Angeles Unified School District’s board of education.

Councilman Paul Koretz, 5th District, mentioned the unprecedented amount of money by outside groups spent against Zimmer’s campaign. Approximately $1.6 million was spent by outside groups in opposition to Zimmer by the primary election. The election drew large amounts of money for and against both leading candidates.

“No matter what the political costs, you always did exactly what you thought was the right thing,” Koretz said.

“No one will ever match your level of work or dedication,” Councilman Mitch O’Farrell, 13th District, said.

Members of the City Council said they were confident Zimmer would continue making a difference throughout the city.

“It’s not like you’re going away,” said Councilman David Ryu, 4th District. “I know you’re going to be involved one way or another.”

Councilwoman Nury Martinez, 6th District, who served with Zimmer on the school board before her election to council, presented Zimmer with a proclamation commemorating his service.  Melvoin will be sworn in on July 6.