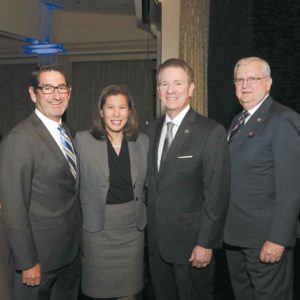 Additionally, Frank A. McGuire, who served as court administrator and Clerk of the Supreme Court of California from July 2012 to September 2016 was recognized for his service. The keynote speaker was the Hon. Margaret Mary Morrow (ret.), president and CEO of Public Counsel and formerly the Senior Judge of the United States District Court for the Central District of California.