Last week, President Donald J. Trump announced that the United States will pull out of the Paris Climate Agreement, which stipulates requirements for environmental conservation across the world. 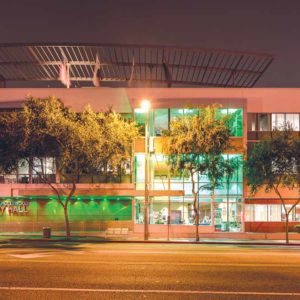 In response, West Hollywood lit its City Hall green in support of the Paris Accord, and to show that the city will still support and follow the guidelines, regardless of Trump’s position.

Other cities including Boston, New York and Montreal lit their city halls green in solidarity with the Paris Accord in the wake of Trump’s decision.