Tribute to our beloved Madeleine 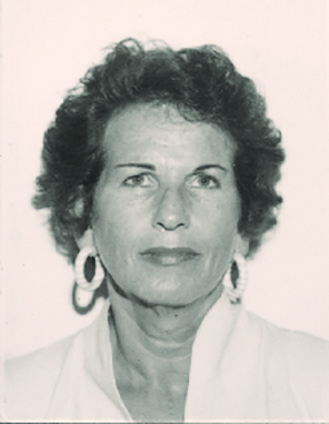 When we took over the reins of the Park Labrea News in 1990, we inherited an old typewriter, archives, some used furniture and a gem – Madeleine Shaner, our theatre critic. She was well-known in the drama circles and her husband John is an award-winning playwright and screenwriter. Madeleine graced the pages of the newspapers with her deft prose, writing reviews of plays performed mostly at 99-seat theatres. She created her own theatre awards, the Maddy’s, which she bestowed on writers, actors, directors, even lighting and costume personnel each year.

Madeleine’s insights on the theatre world were just one of her many literary contributions to the arts community. When she approached me about writing a column, I immediately said yes and we settled on “Mad Musings,” a fitting title for her weekly reflections. She wrote about her family, namely Other Half (OH), Older Son (OS) and Younger Son (YS) as she referred to John, son Michael and son Danny. We got a glimpse into Madeleine’s soul through her musings and she had us hanging on her every word.

Our readers anxiously awaited every Thursday for their copy of the Park Labrea News and Beverly Press to arrive on their doorsteps to see what Mad had to say. She mused about her upbringing in Bolton, England, where she lived for a time with two aunts who dressed her in fancy attire, each color-coordinated outfit more elaborate than the last.

We learned what a fabulous hostess she was, putting on extravagant dinner parties and her famous Passover Seders. I remember how she would whet the appetites of party-goers by putting an onion in the oven to fill the house with the splendid aroma, so that if her brisket was too dry, they’d be too hungry to notice. (Of course it was never dry – her cooking was impeccable.) She would sweep into the room with a flourish, grandly announcing that dinner was served, while sipping a dry martini. She once wrote that a martini wasn’t a drink, it was a state of mind.

Each year, she wrote a Passover column, talking about the 30-plus guests who would be attending, her enormous dining room chairs and how would she ever fit everyone in the house! But she pulled it off, year after year.

Other “Mad Musings” were about local community issues, like nosy – and noisy – neighbors, the Dept. of Public Works tearing up her street, or the DWP failing to adjust her bill. We would receive supportive Letters to the Editor joining her cause, whatever it might be.

Madeleine had a nom de plume as well – Pushkin – her faithful husky, who sometimes took over her column to complain about his owner (her!) The column would then be titled “Pushkin’s Ponderings,” yet another clever literary creation of the irrepressible Mad.

Madeleine’s role at the paper evolved from theatre critic, to columnist to staff writer when she also became our copy editor in the mid-2000s. We would enjoy Mad for an entire afternoon, rather than just the 15 minutes of chit-chat when she dropped off her column.

She loved coming every Wednesday to be part of the team – and we loved having her. She was a grammarian par excellence, and the job suited her to a T.

She loved swimming in her pool, reading volumes of books, and wearing the color purple. When our girls were on summer break from elementary school, she would often have them over to swim and enjoy a proper English tea while mom was working. Emily and Rebecca have such fond memories of Mad. She brought them gifts to our annual holiday party. One year, they neglected to send a thank you note within the appropriate time frame, and she admonished them, rightly so. The notes were on time every year thereafter.

Speaking of the holiday party, Madeleine and John would make the drive from West Hollywood to our home in the foothills, which we appreciated. The party wouldn’t be the same without them. As the years ticked by, we started sending a car for them, so they wouldn’t get lost on the way home – as she said they did every time in one of her columns. This was before anything like Uber or Lyft was born, so a black stretch limo was usually the mode of transport. That was fine with the Shaners – and the girls – they took it for a little joy ride during the party.

Madeleine’s penchant for martinis turned to merlot as she aged like a fine wine, still entering the room with a flourish. She wasn’t able to make the trip the last few years, but her name was bantered about fondly among the staff.

Madeleine Shaner was the smartest, most well-read person I’ve ever known. She was charming, witty, elegant, strong-willed, opinionated, kind and an old soul. We have missed having her around, but her legacy lives on. We have a type style we use for some of our headlines called “Mad Headline.” New staff members look at me quizzically as to why and I tell them Madeleine was such a fine wordsmith, she deserves her own style.

We love you madly, Madeleine.

'King of the Sunset Strip,' Mario Maglieri dies at 93