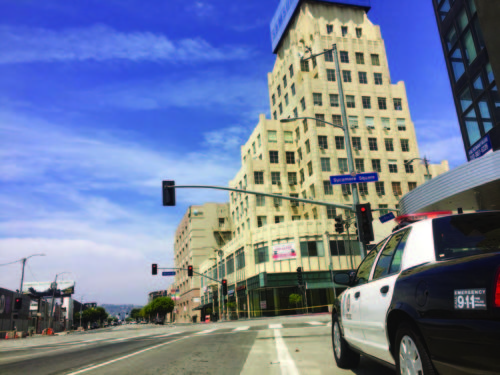 The intersection of Wilshire Boulevard and La Brea Avenue was closed for a little more than an hour on Friday while police investigated a “suspicious package.”

There were no injuries or incidents reported, and police cleared the area before 3 p.m.

According to police on the scene, a package was delivered to the seventh floor of the Art Deco building with the former blue Samsung sign at its top, located at the northeast corner of Wilshire and La Brea.

Officers said the package appeared to be harmless mail until its recipient opened the package and found wires and a note, leading officials to believe it could be dangerous. With several international consulates nearby, the area is considered to be a high target.

The roads were closed for more than an hour while officers investigated the package and ensured no secondary threats were present.

While the bomb squad investigated the matter, LAPD officers blocked entry to Wilshire Boulevard at Detroit Street to the west, and Highland Avenue to the east, as well as at Eighth Street and at Sixth Street on La Brea Avenue. Passersby, neighbors and employees who work at the building or nearby remarked how quiet and calm the typically congested intersection was on Friday with no traffic. 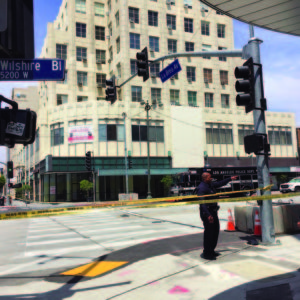 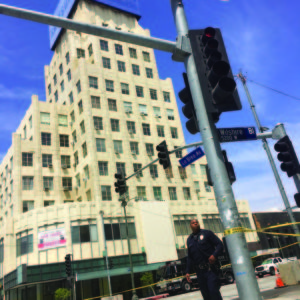 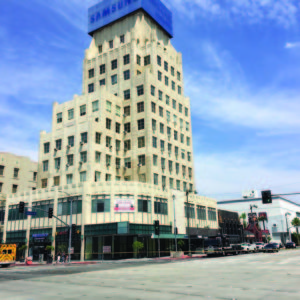