Majority of members now are pro-charter 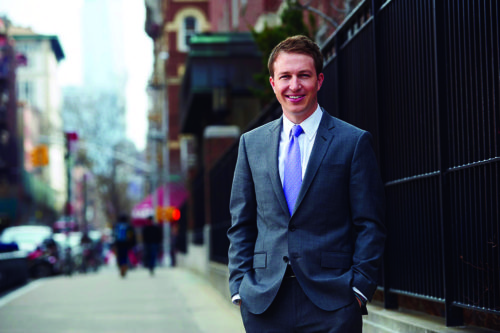 Nick Melvoin will now lead District 4 for LAUSD.
(courtesy of Melvoin for School Board)

With additional vote-by-mail and provisional ballots to be counted in the coming weeks, the pending victories by Melvoin and Kelly Fitzpatrick-Gonez tilt the school board to a pro-charter majority.

“I was grateful to be in the room with so many great supporters,” said Melvoin, who celebrated with them in Venice. He said he’ll start his term by reaching out to his opposition to “bring our community together.”

Zimmer, the school board president, conceded the election shortly after initial returns showed him trailing Melvoin by approximately 6,000 votes, mostly on the strength of vote-by-mail ballots. Melvoin ended the night with 57 percent of the vote, according to the city clerk’s unofficial results.

The two had not spoken as of Wednesday morning, according to Melvoin. Multiple media sources reported that Zimmer refused to call Melvoin, or accept a call from his opponent, after conceding. Zimmer was not available for comment before press time.

“I may not have been successful tonight,” Zimmer, first elected in 2009, told supporters. “But we the teachers, we the students, we the families of this district, we are not a failure.”

The result signifies a notable turnaround after Zimmer finished with approximately 47 percent of the vote in the March 7 primary, 14 points ahead of Melvoin. Zimmer would have avoided the runoff and reclaimed his seat had he cleared 50 percent.

There were 53,462 votes counted by May 17 in the runoff for School Board District 4, which ranges from the Westside to the west San Fernando Valley. By contrast, 96,558 ballots were cast during the race’s March 7 primary, which included two other candidates. Melvoin won Tuesday night despite receiving more than 1,000 fewer votes compared to his total in the March primary. He said the turnout was the “disappointing part of the night.”

As the race turned into a referendum over the future of charter schools in the district, it drew exorbitant sums of money – more than either of the other two school board races and several of the city council races.

Businessman Eli Broad and Netflix founder Reed Hastings were among the pro-charter contingent that contributed to Melvoin’s campaign. Zimmer received the backing of pro-union organizations, and Democrats such as Los Angeles Mayor Eric Garcetti and West Hollywood Councilwoman Lindsey Horvath.

In total, Melvoin collected $783,889 in campaign contributions compared to Zimmer’s $346,719. Neither candidate in the School Board District 6 race between Gonez and Imelda Padilla cleared $300,000.

Independent expenditures, which are made by individuals or organizations on behalf of a candidate or ballot measure without being affiliated with a campaign, also reached unprecedented totals. Outside money supporting Melvoin’s campaign totaled approximately $2.4 million, compared to $1.86 million supporting Zimmer. Approximately $3.3 million of independent expenditures opposed Zimmer’s campaign, compared to only $505,184 opposing Melvoin.

Both candidates said throughout the campaign that they were frustrated by the misinformation spread by outside groups. Melvoin, a self-described progressive Democrat, was repeatedly characterized as an advocate of the education agenda of President Donald J. Trump and Secretary of Education Betsy DeVos. Zimmer was blamed for the district’s failed iPad initiative, which had mostly been pushed by former Superintendent John Deasy.

A pro-charter majority on the board could alter the direction the district takes to address issues such as declining enrollment. Charters already account for half of the students no longer attending other schools in the district, according to a 2015 district report. Adding more charters would exacerbate that trend. Melvoin said as long as the board can provide all students within the district a chance to attend a high-performing school, it will adjust accordingly.

In the city’s other runoffs, Councilman Gil Cedillo, 1st District, won reelection over Joe Bray-Ali with 70 percent of the vote, according to the city clerk’s unofficial results. In the race to fill the council’s vacant District 7 seat, Monica Rodriguez defeated Karo Torossian by just fewer than six percentage points.

By a 57 to 42 percent margin, voters approved a ballot measure that will allow police officers the option to have their disciplinary cases heard by a three-member panel of civilians. The current system requires a panel of two officers and one civilian. The measure was endorsed by Garcetti and the city council. Groups including the American Civil Liberties Union of Southern California opposed it, claiming that all-civilian panels would be more lenient than the current model.

More than 30,000 vote-by-mail and provisional ballots will be counted by June 13, according to Los Angeles City Clerk Holly L. Wolcott. Through May 19, the city will accept vote-by-mail ballots postmarked on or before election day.

Heilman sworn in as WeHo’s Mayor

[…] finished in first place, with 47 percent of the vote, in the March 7 primary election before losing in the May runoff election to Nick Melvoin. Zimmer has served two terms on the Los Angeles Unified School District’s board […]