Los Angeles Museum of the Holocaust, in collaboration with the USC Polish Music Center, presents a concert highlighting the work of noted composer and Holocaust survivor Roman Ryterband on May 21 at 4 p.m. at the museum. 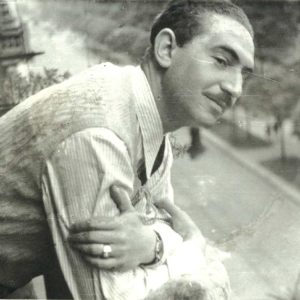 Roman Ryterband boarded the last train to Switzerland after Germany invaded Poland.
(photo courtesy of the Los Angeles Museum of the Holocaust)

Ryterband was born in Lodz, Poland, in 1914. Touring in France when Germany invaded Poland in 1939, the talented young composer boarded the last train to Switzerland before the border closed. With the exception of his sister and her son, his entire family perished in the Holocaust.

A master of the chamber ensemble, Ryterband lived and worked in Switzerland, Montreal and Chicago before settling in Palm Springs. He died in 1979, and in 2016 his family donated an extensive collection of his personal correspondences and musical manuscripts to the USC Polish Music Center.

Tickets are available for a suggested donation of $10 for adults and $5 for students.

The Los Angeles Museum of the Holocaust is located at 100 The Grove Drive. For information and tickets, visit lamoth.org.