Plans to turn a former Firestone tire and service center at the southeast corner of La Brea Avenue and Eighth Street into a microbrewery are taking shape and have garnered the support of local community groups and Los Angeles City Councilman David Ryu, 4th District.

Plans have been submitted to the city. The developer, Conroy Commercial, has remained tight-lipped about the project.

The Historic Preservation Commission recently received an update, and Conroy Commercial has pledged to maintain the historic façade, signage and other exterior features of the building, said Ken Bernstein, principal city planner with the Office of Historic Resources. 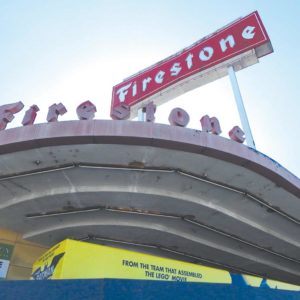 “The reaction from the community has been quite positive,” Bernstein said. “I don’t anticipate any objections if it continues on the path it’s on.”

“Everybody would like to see that building come back to life,” said MMRA vice president Ken Hixon. “Parking is always the issue, but the business owners seem very cognizant of it and are working very hard to make it work. We support it, and are excited to see how that intersection of Eighth and La Brea has been transformed over the last decade.”

The developer is reportedly planning to lease parking spaces in lots nearby and is seeking additional locations for parking. No timeline for the project has been disclosed. It is unclear whether Conroy or another tenant to be announced will run the microbrewery. Bernstein said unless there are any further objections, it will not have to come back before the Cultural Heritage Commission.