“Meredith Vieira is a brilliant talent and a true champion of girls and women,” said Delia Passi, CEO of the awards. “Meredith is smart, warm, funny and kind, and she has a special ability to connect with everyone she meets. She is the perfect host to help us celebrate and honor boundary-breaking women who have made their mark on humanity. We are so honored to have Meredith host the first Women’s Choice Award Show.” 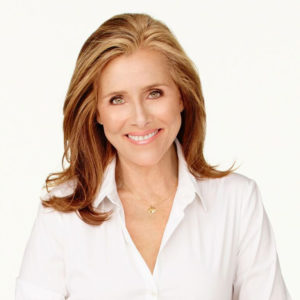 Women around the world can vote to determine winners in three categories, including the “Shero,” given to a passionate activist doing incredible work that benefits women; “Spotlight,” given to a celebrity using her platform to shine a spotlight on issues affecting women; and “Voice of Women,” given to a leader who has helped shape the positive portrayal of women in entertainment and media awards. Voting ends on April 30 at 8:59 p.m. local time.

The Women’s Choice Award was founded in 2010 with the mission to empower women, and has since made the Inc. 5000 list of America’s Fastest Growing Private Companies two years in a row.

“Women have been hidden figures in our history books for far too long,” Vieira said. “It is time we recognize the incredible achievements of women and help girls unlock their limitless potential. I am so proud to host the Women’s Choice Award Show on May 17 and to celebrate fierce and trailblazing women from all walks of life who make a profound impact on the world every day.”

The winners will be announced on May 17 at the Avalon Hollywood.

For information and to vote for each category, visit womenschoiceawardshow.com.