‘Life’ offers out of this world suspense

Elon Musk better take some notes before his Mars exhibition takes flight. If “Life” is right, the great expanse won’t set us free but condemn humankind.

It’s a tried and true tale, but in the right hands the final product presents us with a few engaging tidbits on the nature of the universe and a general fear of the dark only conquered with a night light and teddy bear. 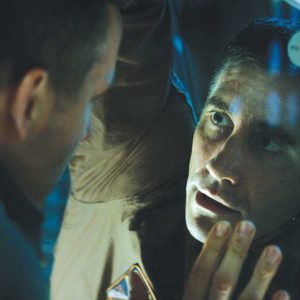 The first mission to Mars is a success, revealing incontrovertible proof that life exists beyond our tiny speck in the galaxy. This should be great news, despite quarantine officer Miranda North’s (Rebecca Ferguson) strict lab protocols.

But as the crew learns more about a microscopic creature they name Calvin, reanimating it and helping it grow, they uncover a horrifying truth. Their new friend doesn’t come in peace. Instead, it descends upon astronauts Rory Adams (Ryan Reynolds), Sho Murakami (Hiroyuki Sanada), David Jordan (Jake Gyllenhaal) and the rest with an insatiable hunger.

Science fiction or horror, which genre takes precedence? It’s a debate at work since “Alien” in 1979. In some ways, “Life” craves to be sci-fi à la “2001: A Space Odyssey,” adding a dash of horror to the mix. From Jon Ekstrand’s poetic score to cinematography that captures the verisimilitude of weightlessness, the entire experience frames space as the unexplored future of humankind, a beautiful frontier we must discover. All the space jargon supports this, everything from equations to name-dropping a few terms we might remember from high school biology.

Then that horror component kicks in. This isn’t a story about discovery. It’s a warning. Unchecked breakthroughs can lead to our undoing. Our own sense of worth leads to hubris and destruction. That’s some Kubrick stuff. But the familiarity of it all aligns too much with pop horror tropes. That’s hardly new territory worthy of Kubrickian comparisons.

So it’s not revolutionizing either genre, but it’s a great ride, both terrifying and stunning. The depth is in the visual stimuli and the narrative tension that keeps building to the final moment of the film. Just ignore the downtime when characters debate the origin of the creature or vent about all those irrational emotions so quickly overcoming their Vulcan training to remain scientific and logical. Just get back to Calvin’s next move.

Reynolds rocks this one, dominating the most intense scene. Just watch out for spoilers in trailers that give away far too much. As for Gyllenhaal – it’s been far too long since he graced the screen in a sci-fi flick (2011’s “Source Code” was the last). He’s desperately been missed. 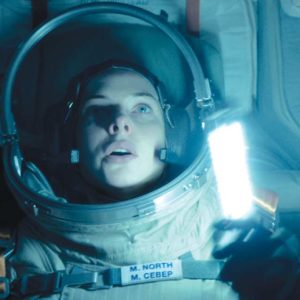 Ferguson is also a strong presence throughout, but “Life” is a platform for a couple unsung heroes, faces you’ve likely seen before but can’t place. Ariyon Bakare, as biologist Hugh Derry, steals the show during a few breakout moments. Sanada, as pilot Sho, is an under-appreciated TV actor (“Helix,” “The Last Ship”). On the big screen, he’s just as strong a presence.

Director Daniel Espinosa has yet to create a breakout hit, and “Life” won’t earn him that title. High critical praise aside, he knows his way around a very watchable genre film with the help of screenwriting team Rhett Reese and Paul Wernick (“Zombieland,” “Deadpool”), successfully composing something without a single laugh or one-liner. These writers might excel at quirky actioners, but at least they can expand the résumé a touch.

“Life” isn’t a Top 10 finalist for best sci-fi or horror movie of the decade – pretty though and well-acted. And once Calvin breaks free, the tension is out of this world. This one sticks with you. It works much better as a horror film, providing us with stunning visuals and a haunting, squishy-looking monster. I need my teddy.