Husband of missing woman is hoping for an Easter miracle

Saturday marks six months since a woman suffering from Alzheimer’s disease walked out of the Los Angeles County Museum of Art and was last seen by family members and friends. 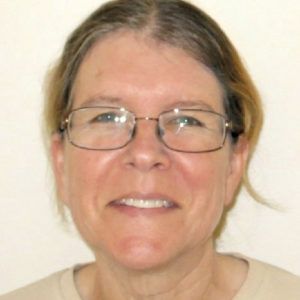 Nancy Paulikas’ family recently increased a reward to $30,000 for information leading to her whereabouts. Paulikas’ husband Kirk Moody continues to search for her daily, but said he is perplexed about where she could be and is running out of places to search. Family and friends posted flyers throughout the Miracle Mile and surrounding community and have contacted hundreds of senior care facilities and other locations that may have taken in the 55-year-old. Investigators with the Manhattan Beach Police Department, in the city where Moody and Paulikas reside, have also continued their search but are fielding few tips as of late.

“Unfortunately, there are no new leads,” said Det. Michael Rosenberger. “It’s one of those things that has been a real challenge. Kirk and his team have done an amazing amount of work with the amount of medical facilities contacted and the flyers handed out. He deserves a lot of credit, but unfortunately she is still out there somewhere.”

Paulikas went to the museum on Oct. 15 with family members and was separated from them at approximately 2:15 p.m. in the museum’s Ahmanson Building. Moody last saw her entering a women’s restroom on the second floor of the building and walked to the first floor to use a men’s restroom. When he returned, his wife had disappeared.

Moody said Paulikas had not wandered away previously and at the time he was not overly concerned she would leave. Security camera footage showed Paulikas walking on Wilshire Boulevard west of Fairfax Avenue toward McCarthy Vista approximately 15 to 20 minutes after Moody last saw her. The family initially called officers from the Los Angeles Police Department’s Wilshire Division, who were unable to locate her in the surrounding neighborhood using a helicopter and officers in patrol cars.

Rosenberger said missing person cases are often challenging because it is difficult to verify sightings and tips. A tip received more than a month ago reported a citizen seeing Paulikas at a Ross store in the Wilshire area. It took police a month to go through the red tape of having the company release security video from the store because of privacy issues and other factors, and when they did receive the video, there was no evidence of Paulikas being in the store.

“We try to get people to cooperate because we are looking for a critically ill woman,” Rosenberger said. “We know these things are a long shot, but right now, all we have is a long shot.”

Rosenberger and Moody said the theory is Paulikas is lost in the system. They are also working with state officials under the presumption that someone may have taken her in and is collecting MediCal payments or other benefits in her name.

“The bureaucracy and system is so large and disparate, with county, state and private [companies], that it can be a big challenge,” Rosenberger said. “The state is one angle. The county has mental health agencies that have intake and that is another angle. Then there are the private facilities. Another issue is Nancy was a good person and wasn’t involved in any criminality, so there are no fingerprints on file. She may have gone to one facility and have been moved somewhere else. We are dealing with an archaic, Byzantine system.”

Moody has been in frequent contact with the Los Angeles County Coroner’s Office and organizations that provide shelter for the homeless, to no avail. He asked that people keep Paulikas in their thoughts and continue reporting tips. Moody added that he was encouraged by a situation in March in Santa Barbara in which a 68-year-old woman with memory loss was reunited with her family after being missing for 10 years. The woman suffered from memory loss and was homeless, but one day remembered her name and told authorities at a shelter where she was staying.

“It’s kind of a scary scenario,” Moody added. “My plea to everybody is to keep talking to anybody you can think of about Nancy. If you know a doctor who goes to nursing homes, ask him about Nancy.”

Moody added that he is hoping for an Easter miracle and that Paulikas will be located.

“[Her mental state] was deteriorating rapidly,” Moody said. “It’s hard to imagine what condition she’s in.”

Paulikas is Caucasian, 5-feet-7-inches tall and 140 pounds with light brown and grey hair. She was last seen wearing a red print shirt, blue jeans and blue sneakers. Anyone with information about Paulikas’ whereabouts is urged to call the Manhattan Beach Police Department tip line at (310)802-5171, Det. Rosenberger at (310)802-5127, or Moody at (310)650-7965. Information about Paulikas and the search is also available by visiting nancyismissing.blogspot.com.

Tennis coach wants to serve an ace for homeless children