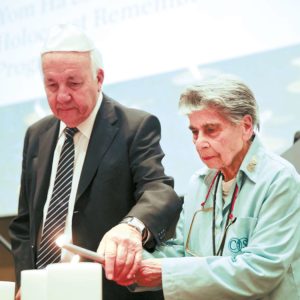 Moll and her sisters were among the Jewish children who escaped Nazi Germany on the Kindertransport. Organized by the British, the Kindertransport involved a series of train rescues that occurred over a two-year period and safely brought approximately 10,000 European Jewish children to Great Britain. Rabbi Marvin Hier, founder and dean of the Simon Wiesenthal Center, gave the keynote speech  during  the presentation at Cedars-Sinai Medical Center. For information, visit cshs.org.