The Wallis hosts ‘The Encounter’

“The Encounter” – among the most compelling theatrical experiences ever staged on Broadway and in London – will make its West Coast debut in April at the Wallis Annenberg Center for the Performing Arts in Beverly Hills. 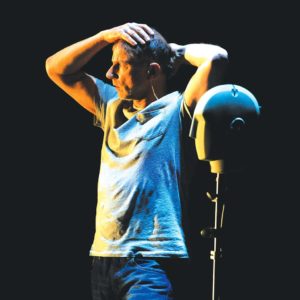 Called “a high-tech head trip” by The New York Times, “The Encounter” is directed and performed by Complicite’s Simon McBurney. Combining superb storytelling with binaural technology (3-D audio), McBurney takes audiences on a theatrical journey from the intimacy of his home in London into the depths of the Amazon rainforest. “When I first saw The Encounter at the Bristol Old Vic, it blew me away,” said Paul Crewes, the Wallis’ Artistic Director. “‘The Encounter’ combines Simon’s remarkable storytelling with cutting-edge technology that allow audiences to have a unique shared theatre experience that is unlike anything people have ever had before.”

The Wallis Annenberg Center for the Performing Arts is located at 9390 N. Santa Monica Blvd. in Beverly Hills. For information, visit thewallis.org/encounter.

New alligator duo enjoys the ‘swamp’ at the L.A. Zoo