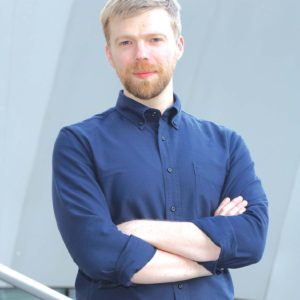 Andrew Norman is one of four composers who will each receive a $10,000 Arts and Letters Award in Music, which honors outstanding artistic achievement and acknowledges the composer who has arrived at his or her own voice. Each will receive an additional $10,000 toward the recording of one work.

Katherine Balch and William Healy, along with four other composers, will both receive Charles Ives Scholarships of $7,500, given to composition students of great promise.

The sixteen winners, whose awards total $195,000, were selected by a committee of Academy members. The awards will be presented at the Academy’s annual Ceremonial in May.