‘M’ is for marijuana

Voters in Los Angeles will cast ballots on March 7 on Proposition M, an initiative that will pave the way for the city to regulate legal recreational marijuana.

Proposition M was authored by the Southern California Coalition, a marijuana industry trade association, which worked with Council President Herb Wesson, 10th District. It would replace Proposition D, a measure approved by voters in 2013 to regulate medical marijuana dispensaries, and would give the city council and the mayor of Los Angeles control over regulating businesses that sell recreational marijuana.

A competing initiative on recreational marijuana – Ordinance N – will also appear on the ballot, but its authors have abandoned the measure and are now supporting Proposition M. That measure would create a system for taxation, but provides no power to the city to create regulations and enforcement strategies. 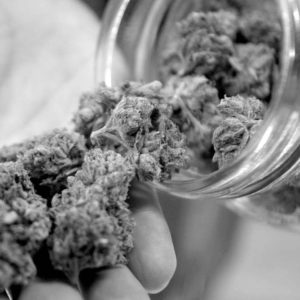 If voters approve Proposition M, the city council will begin the process of enacting specific regulations for businesses that sell recreational marijuana. It will include rules for licensing, where and how marijuana can be sold, how much marijuana businesses will be taxed, and how the regulations will be enforced.

Wesson said Proposition M gives local government power over marijuana sales, and puts the city ahead of the curve before the state establishes a framework for such businesses and allows them to open, which is expected next year. The plans is for neighborhood councils, community groups and residents to work with the city to create the framework if Proposition M is approved.

“It was important for us to get in front of this issue,” Wesson said. “I had concerns about the marijuana industry regulating itself. This is an approach that protects the city.”

Specifically, Proposition M gives the mayor and city council authority to regulate commercial cannabis activity. Dispensaries that are already registered with the city under Proposition D would be given priority for business licenses. Some dispensaries would continue to sell medical marijuana, while others would sell marijuana for recreational use.

Adam Spiker, executive director for the Southern California Coalition, said Proposition M will give government officials control over what he called a billion-dollar industry.

“I would rather be proactive than reactive,” Spiker said. “It provides sensible regulation, sustainable taxation, licensing and enforcement. It’s about legitimizing the industry so it can be enforced and taxed.”

Both Wesson and Spiker addressed recent threats by the Trump Administration indicating that the federal government may step up enforcement in states with recreational marijuana.

“I don’t think we can create a policy based on speculation based on what [Trump] will or will not do,” Wesson said.

“We will have to see how it is all going to shake out,” Spiker added.

Wesson said the city council’s Rules, Elections, Intergovernmental Relations and Neighborhoods committee has already begun holding hearings to gather input on creating regulations for recreational marijuana. Meetings are tentatively planned on March 8 and March 22 at which the committee will hear about regulations and best practices from experts in other states that have already legalized recreational marijuana.

If Measure M passes, the City Attorney’s role would be to advise council and the mayor as they develop the regulatory framework contemplated by Measure M, according to Frank Mateljan, a spokesman for the Los Angeles City Attorney’s Office.

The Los Angeles Police Department also declined to comment on Proposition M, although LAPD Chief Charlie Beck is listed on the Los Angeles City Clerk’s election informational pamphlet as one of the people who signed the argument in favor of the proposition. The pamphlet states that no argument against Proposition M was submitted.

However, some people in the local neighborhood worry that Proposition M, or any other measures to regulate recreational marijuana, will not solve problems associated with an over-proliferation of businesses selling the drug in neighborhoods.

“As a community activist, I am still not thrilled that we have an over-abundance and an and an over-concentration of [dispensaries] in our district,” said Melrose Action Neighborhood Watch co-founder Peter Nichols. “You can’t walk down the block and not pass one. It’s a little disconcerting. I am not against sensible regulation, but non-sensible regulation without enforcement is an ongoing frustration.”