Essence, a lifestyle publication for black women, and the Paley Center for Media will present “The Power of Our Presence – An Exhibition Celebrating the 10 Year Anniversary of the Essence Black Women in Hollywood Awards,” running until Tuesday, Feb. 28.

“We are so honored to partner with Essence in presenting this powerful exhibit in support of its special milestone anniversary,” said Maureen J. Reidy, the Paley Center’s president and CEO. “The Paley Center is proud of its ongoing commitment to preserving and celebrating African American achievements in television. This Essence exhibit is a signature part of our Black History Month celebration, which also includes screenings, educational activities and an onsite showcase of our own recent tribute.” 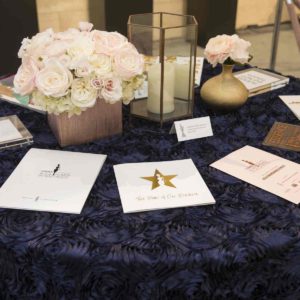 “Power of our Presence” exhibit will take place at the Paley Media Center in Beverly Hills. (photo courtesy of Imeh Bryant)

The exhibit, a highlight of this year’s Black History Month celebration at the Paley Center, will feature costumes from the lead female characters from each of their hit television series, including one of the iconic white coats worn by Kerry Washington in “Scandal,” Tracee Ellis Ross’s scrubs from “Black-ish” and a costume from Taraji P. Henson’s “Cookie Lion” of “Empire.”

For the past decade, Essence’s “Black Women in Hollywood Awards” have paid homage to modern image-makers – both in front of the camera and behind the scenes. Since its inception in 2008, the awards have honored some of the most cherished figures in the industry, including Oprah Winfrey, Lupita Nyong’o, Ava DuVernay, Viola Davis, Octavia Spencer and Taraji P. Henson. This year’s event will shift from a daytime luncheon to an evening gala for the first time, and will be held at the Beverly Wilshire in Beverly Hills Thursday, Feb. 23, 2017.

The exhibit is being held at the Paley Center’s Beverly Hills location at 465 N. Beverly Dr. For information, visit paleycenter.org.

Man dies after being struck by subway train