Windsor Village resident Julie Stromberg will be a candidate for delegate representing California’s 50th Assembly District in the 2017 and 2018 Democratic Party state conventions during an election on Sunday, Jan. 8 from 1 to 3 p.m. at the Santa Monica Public Library. 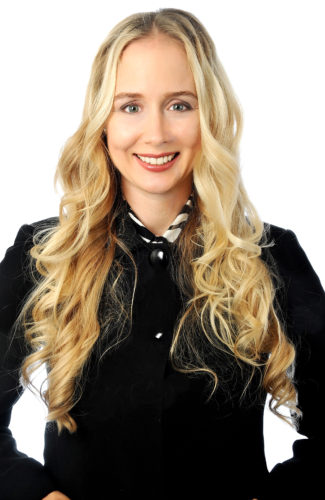 Delegates also represent their constituencies at regional meetings. Elections for the position are held every two years.

“After the recent election, I wanted to become involved in the Democratic Party,” she said. “It’s a great opportunity to have a seat at the table.”

Stromberg is one of 14 members – seven men and seven women – representing the Grassroots Slate, which describes itself as progressive Democrats “committed to building the California Democratic Party from the bottom up.”

“We have [Sen. Bernie Sanders (I-Vt.)] and Hillary [Clinton] supporters on our slate,” Stromberg said. “Our party is very divided right now and we wanted to ensure that our slate reflects the diversity of our party in an effort to bring a party together.”

“My greatest Democratic honor was serving as a Hillary delegate to the 2016 DNC Convention,” Horvath said in her candidacy statement. “I traveled to Ohio twice and to Nevada six times in support of Secretary Clinton’s recent presidential run. I am dedicated to diversifying our party and electing qualified Democratic leaders, which is why I have joined the Grassroots Slate.” 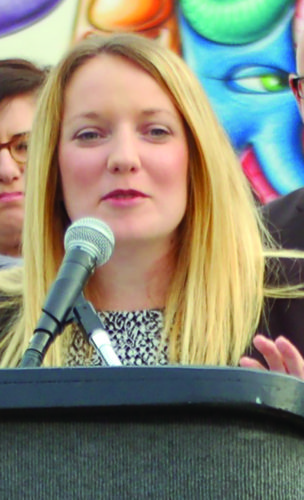 Steve Bott is one of the Grassroots Slate’s male candidates. He is also one of 12 candidates running for Assembly District 50’s executive board.

“I’m passionate about protecting our environment, ensuring LGBTQ rights, creating economic justice, providing universal healthcare, limiting the role of money in politics, and investing in infrastructure,” he said in his campaign statement.

Stromberg’s candidacy, which started with an application in October, has involved a lot of outreach to friends, colleagues and other members of the community in the lead up to the election, she said.

Her community involvement has included roles such as board member of the Greater Wilshire Neighborhood Council and its Land Use and Outreach Committee, and member of the Miracle Mile Democratic Club’s board of directors. Stromberg also publicizes events and philanthropic activities in her role as chair of the Ebell’s public relations department. She is also an attorney and has two children.

“As your delegate, I will not only strive to realize my slate’s vision, but be your voice,” she wrote in her candidacy statement. “I hope that you will allow me to be your champion of equality, inclusiveness and progress in the Democratic Party.”

Delegate candidate speeches will begin at 12:30 p.m. on election day, Sunday, Jan. 8. Voting is scheduled to open at 1 p.m. Everyone in line to vote by 3 p.m. will receive a ballot.

The Santa Monica Library is located at 601 Santa Monica Blvd. The election will be held in its Martin Luther King, Jr. Auditorium.

Automotive works by artist Vik Muniz on display at The Petersen