Staff members of the Park Labrea News and Beverly Press on Jan. 14 traveled to Lompoc, CA, to see, hear and feel a rocket launch into space at Vandenberg Air Force Base.

The Iridium NEXT satellites will replace the world’s largest commercial satellite network of low-earth orbit satellites in what will be one of the largest “tech upgrades” in history.

SpaceX officials said they appreciate the confidence the Air Force placed in them to deliver national security payloads to space. At least 70 Iridium NEXT satellites will be launched by SpaceX. The process of replacing the satellites one-by-one in a constellation of this size and scale has never been completed before.

“The payloads for this return-to-flight launch are the first 10 of at least 70 Iridium NEXT satellites that SpaceX will be launching for Iridium’s next generation global satellite constellation by early 2018,” said Lars Hoffman, SpaceX senior director of government sales. “As the world’s only global satellite constellation reliably covering 100 percent of the Earth’s surface, the implementation of the Iridium NEXT satellites will mark a significant achievement in mobile satellite communications, and SpaceX is looking forward to helping make it happen.” Hoffman said Iridium-1 is SpaceX’s first mission since the anomaly on Sept. 1 that caused an explosion.

“Getting back to flight safely and reliably has been our top priority, and the data gathered from our investigation, which included participation from the Air Force, NASA and the FAA, will result in an even safer and more reliable vehicle for our customers and partners,” Hoffman said. “We’re looking forward to fulfilling our manifest for them in 2017 and beyond.”

Vandenberg airmen said fostering strong relationships with all partners, including SpaceX, is critical in the launch business. With Col. J. Christopher Moss, 30th Space Wing commander, acting as the launch decision authority, the Air Force supported and enabled the launch from start to finish. 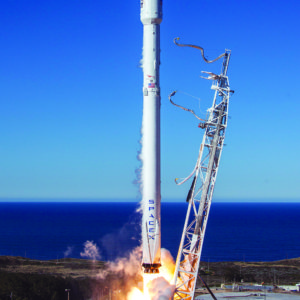 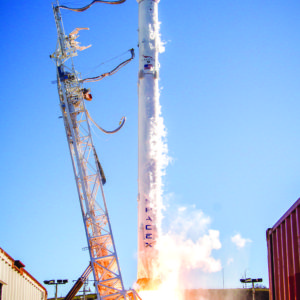 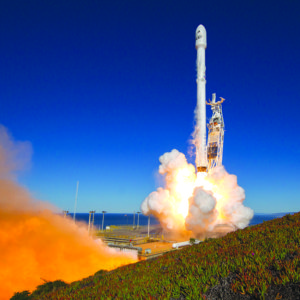 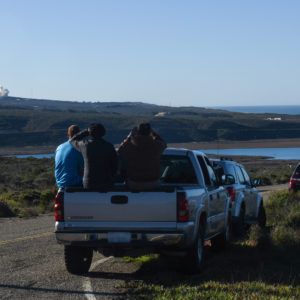 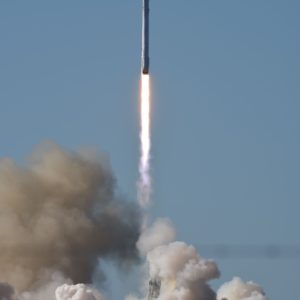