The Skirball Cultural Center will host its inaugural “Performance Lab at the Skirball,” a series of events beginning Jan. 27 designed to renew the center’s commitment to storytelling and creating spaces for creativity and conversation. 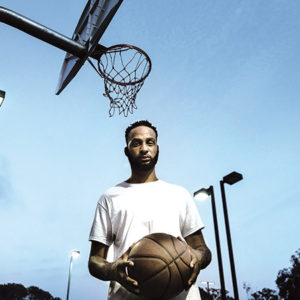 “The Bitter Game” will be the center’s first “Performance Lab” show on Jan. 27. (photo courtesy of the Skirball Cultural Center)

The series examines a range of topics, including race, aging, and gender. The performances will run until Feb. 25.

The first show will be “The Bitter Game,” which tells the story of Jemal Smith, who witnesses a fatal shooting at a neighborhood block party as a child and later has a fateful run-in with the police as a college student. The story is based on the playwright-actor Keith A. Wallace’s youth in Philadelphia.

“In a world where many of us spend so many of our days–and often nights–staring at screens, we wanted to create space for the profound, simple act of being in a room with other human beings a place where people from all communities and generations feel welcome to participate in cultural experiences that foster human connections,” said Andrew Horwitz, vice president and director of programs. “Performance has always been an exhilarating form of expression, and Los Angeles has become a vital center for the discipline. The Skirball is thrilled to be joining the conversation.”

Following each show, the artists will speak with the audiences about their works, soliciting feedback and sharing behind-the-scenes insights.

“Our hope is that the lab sparks the audiences’ imaginations and inspires them to join the Skirball’s growing creative community by being part of the artistic process at various stages in a work’s development,” Horwitz said.