Get ready to weep when ‘A Monster Calls’

Need a good cry? “A Monster Calls” is a well-crafted tear-jerker, providing a therapeutic viewing experience for moviegoers with a soul. With the help of truly visionary effects, Patrick Ness’ novel (he also wrote the screenplay) comes to life in an ageless story for all ages. 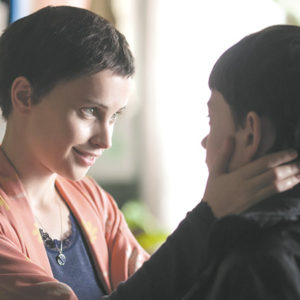 Cancer isn’t a foreign concept to Conor (Lewis MacDougall); it’s a familiar face experienced every day he wakes for school and peeks in on his exhausted mum (Felicity Jones). She remains optimistic, always finding hope in the next failed treatment, but her deteriorating body tells a different story.

And stories are what matter most when a monster, which transforms from an old yew tree in a neighboring cemetery, arrives at Conor’s window one night. After the initial shock wears off, the monster (voiced by Liam Neeson) informs Conor they will meet three more times at 12:07 to tell him three stories. Once this has occurred, Conor must tell a fourth story.

The monster’s stories might feel like fairy tales, but they’re better described as parables meant to challenge Conor’s preconceived ideas about people’s motivation, morality and understanding of universal truths. Don’t fret, the monster’s stories aren’t depicted in the form of hokey reenactments but digital animation that shares more in common with water colors than a Pixar flick.

While Conor interacts with the monster by night, he spends the days visiting mum in the hospital when he’s not with class bully Harry (James Melville), his grandma (Sigourney Weaver rocking a British accent) and part-time pops (Toby Kebbell) who lives across the ocean in Los Angeles.

Like “Pan’s Labyrinth,” this fantasy story isn’t about escapism. The monster doesn’t arrive to distract Conor. For the Freudians out there, the monster forces our young protagonist to face his Id, the inner self he’s ashamed of. For the spiritualists, the monster is his guardian angel, sent to protect him and force him to prepare for life without his mother. 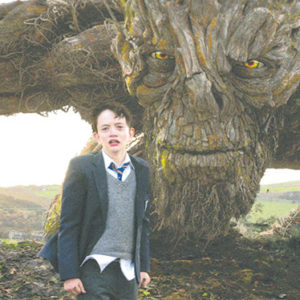 Regardless, this is not an easy story. The fairy world the monster depicts presents challenges as complex as reality. Certainly, very little is left to the imagination since the monster serves as narrator, teacher and protector, clearly explaining his purpose at every turn, but that hardly diminishes the power and emotional depth of Conor’s journey. This is necessary viewing, the kind of beautiful storytelling worth remembering and revisiting.

Amid awards seasons, “A Monster Calls” is the unsung hero – an amazing film ignored for who knows why. It’s better than half the drab material recognized at the Golden Globes, but it’s not a Hollywood film, so that’s that.

Jones, nominated for her 2014 performance in “The Theory of Everything,” dropped two films in December: “Rogue One” and this one in a limited Christmas weekend release. May she star in as many films as possible in the years to come. She’s hands down one of the best new stars, and her depiction of a dying mother, filled with love for her son but physically unable to be his strength, is precise and carefully executed.

MacDougall, a sophomore performer who unfortunately debuted in “Pan,” is the next young teen to watch. As for Neeson’s voice work: he’s meant for this role. A combination of creepy and paternal, he’s a transcendent presence.

And that animation – director J.A. Bayona (“The Orphanage,” “The Impossible”) and his team are a special kind of visionaries. Good thing too, considering the man’s next projects include “Jurassic World 2” and possibly another “Superman” film. He has a way of shining light on dark places, featuring incredible visuals along the way.

May he also save two disappointing blockbuster properties with the same passion and resolve to bring more modest but no less paramount films.

“A Monster Calls” succeeds where other stories about children fail. It belongs in that special category of films meant to evoke emotion and thought for all ages, unlike juvenile fairy tales only enjoyed by the young.

Just be warned, this monster won’t make you scream; he favors waterfall results with a high degree of success.