‘Fences’ brings the stage to the big screen

Let’s be honest, theater is an acquired taste. I don’t mean musicals or modern productions created with a more distracted demographic in mind. I’m talking dramas, the kind you watch and say, “Yep, that’s what I had in mind.” The kind of stories that are big on dialogue and small on driving plotlines. That kind of theatre isn’t here to entertain with the same focus on satisfaction as a cop show or an action film. 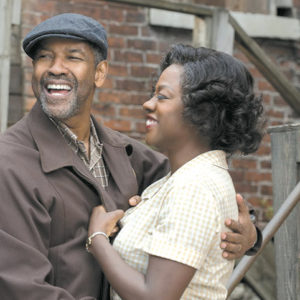 “Fences,” a Pulitzer and Tony Award-winning play by August Wilson, is structurally like many others, though the leading characters are far richer and reside in a more complex world, something a bit more frustrated and less tidy – reality. In a film, directed by Denzel Washington, we experience one of the most pure adaptations, for better or worse. With only playwright Wilson credited for the screenplay (he died in 2005), it’s easy to see how much Washington, a producer as well, trusts the source material.

Troy Maxson (Washington) is a Pittsburgh garbageman in the 1950s. He lives every week for that Friday payday. He walks home with co-worker and best bud Jim (Stephen Henderson) to his wife Rose (Viola Davis). There, they drink gin, discuss the changing state of race issues in the country and reflect upon the past, namely Troy’s once promising career as a ball player. If only he was born a couple decades later.

As the decades go on, we learn more about Troy’s relationship with brother Gabriel (Mykelti Williamson) and sons Lyons (Russell Hornsby) and Cory (Jovan Adepo), particularly parental tactics like long, baseball-laden lectures about life and demands of certain behavior.

“Fences” is an experiment in adapting plays. With every monologue, and there are plenty, you can see how to block this for a stage, how each character moves closer to the audience, lights low to accentuate key moments. Even if you’re unfamiliar with the play, “Fences” the film adds very little new ideas, proudly wearing everything in its script that might be presented visually on screen. 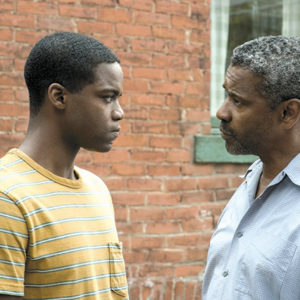 This is certainly a strength, allowing incredible moments from both Washington and Davis, but it can also be tedious. While a play like “Angels in America” by Tony Kushner, who co-produces here, functioned well when adapted into a miniseries thanks to its many splendid oddities, “Fences,” particularly as a period piece, feels more contrived.

People don’t talk like this, and as a film – in a medium noted more than the stage for its emphasis on realism – it becomes very obvious we’re watching something meant for another medium. The film mostly takes place in the Maxsons’ backyard – perhaps 15 minutes of musical score can be heard and less than 10 people have speaking roles.

If you truly enjoy theatre, then this shouldn’t be a problem. You’ll recognize this style of acting and accept it. I fear, however, uninitiated audiences and average moviegoers will not know how to appreciate what Washington recreates here.

It’s easy to understand why Washington takes on this project. As far as protagonists go, this character is his backyard. It’s the charm we all know and that Denzel smile. But Washington’s Troy isn’t merely a cheerful member of the workforce, a golden example of the Protestant work ethic. He’s mad. He’s proud. And he’s not content.

Troy might be the star of the play, but Davis’ Rose is the primary reason to suffer through all of Troy’s narcissism and frankly, bad parenting (despite the story’s many conclusions about understanding his motivations). This is hardly shocking. Davis’ acting towers above everyone she’s around. But when you give her such astonishing material, she’s unstoppable. With one Golden Globe win to start things off, she’ll continue to receive many more nominations and wins.

If it weren’t for Davis, “Fences” would be the film awards season forgot.

It doesn’t have the nostalgia of a film about Hollywood history, the over-the-top tragedy of other critical favorites and, as an adaptation, it doesn’t bring anything new to cinema. Is this praise or condemnation for the film?

Again, it depends on your perspective.