Mandolin virtuoso Chris Thile will perform in a live broadcast of “A Prairie Home Companion” on Saturday, Jan. 21 at 2:45 p.m. at the Pasadena Civic Auditorium. 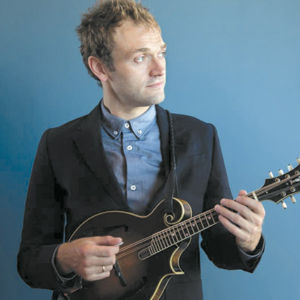 Thile was selected by Garrison Keillor to take over as host of the long-running live radio variety show. The multiple Grammy Award-winner, MacArthur Fellow and mandolin virtuoso, composer and vocalist is a member of the Punch Brothers and Nickel Creek. With a broad repertoire that includes classical, rock, jazz and bluegrass, Thile transcends the borders of conventional genres, creating a distinctly American canon and a new musical aesthetic. As a soloist Thile has released five albums, including his most recent, “Bach: Partitas and Sonatas, Vol.1.” In February 2013 Thile won a Grammy for his work on “The Goat Rodeo Sessions,” collaborating with Yo-Yo Ma, Edgar Meyer and Stuart Duncan. In September 2014, Thile and Meyer released their latest album collaboration, “Bass + Mandolin,” which won a Grammy for Best Contemporary Instrumental Album.

Tickets to “A Prairie Home Companion With Chris Thile” start at $38. The Pasadena Civic Auditorium is located at 300 E. Green St. For information, visit prairiehome.org.

‘Music in the Mansion’ series returns to Greystone

The ‘Force’ is with L.A. as site for new Lucas Museum