Beverly Hills applies to be test site for driverless cars 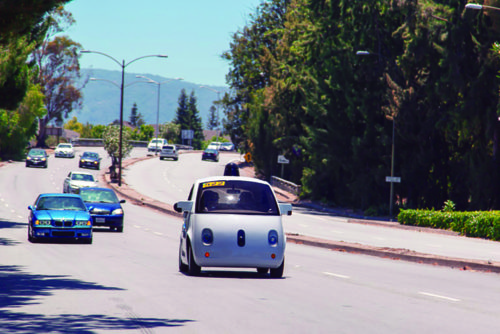 Officials with Beverly Hills City Hall announced they applied to the U.S. Department of Transportation to become a test site for autonomous vehicles (AV).

In its application, the city of Beverly Hills laid out a case based on readiness, support from the city council, the city’s driving environment and commitment to safety.

“Beverly Hills should be a policy leader in this emerging technology,” said Mayor John Mirisch. “As an employment center and tourist destination, Beverly Hills has more than its share of regional traffic. And many traffic, safety and parking problems can be solved with AVs, especially when used as a form of public transportation. Perhaps most importantly, autonomous vehicles have the potential to democratize public transportation by creating an efficient, first-choice system of mobility that Southern Californians use because they want to, not because they have to.”

If selected, the city would need to get a permit from the California Department of Motor Vehicles, which has not yet approved the use of AVs on public streets. Then Beverly Hills would need to set up a testing area and work with companies developing AV technology to bring in the “smartest” and safest vehicles.

The city of Beverly Hills is proposing a Municipal Autonomous Shuttle System (MASS), to address “first and last mile” challenges and encourage the use of regional public transportation, as well as to provide on-demand, point-to-point mobility citywide. The city is also installing fiber optic cable, which will greatly enhance AV communications as well as bring high-speed access to every business and resident in the city.

Last year, the city council voted unanimously to support the city’s autonomous vehicle initiative. The U.S. Conference of Mayors (USCM) unanimously adopted a resolution introduced by Mirisch to encourage the use of AVs for public transportation, and city officials are in conversation with vehicle manufacturers, transportation network companies such as Uber and Lyft, the California DMV and AV technology manufacturers. They are also developing relationships with MIT, Carnegie Mellon University and an affiliate with the Center for Automotive Research at Stanford.

An autonomous vehicle summit is tentatively scheduled to take place this year in Beverly Hills.