Lang Lang first appeared with the LA Phil at the Hollywood Bowl in 2000, and he has regularly appeared with the orchestra or performed in recital. He opens his recital with Debussy’s “Ballade,” followed by Liszt’s Piano Sonata in B minor, S. 178. 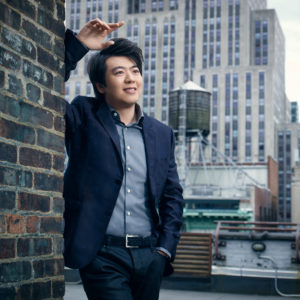 Lang Lang has been named in Time Magazine’s “Time 100” most influential people in the world. (photo by Robert Ascroft)

After intermission, he continues with a selection of Spanish works from Albéniz’s “Suite española,” Op. 47, and Granados’ “Goyescas,” Op. 11, and closes with Falla’s “Ritual Fire Dance.”

The performance is part of the LA Phil’s 2016-2017 “Colburn Celebrity Recitals” series, which presents a season of virtuoso performances by world-renowned artists.

Remaining recitals for the season are: “Night and Dreams,” a Schubert & Beckett recital featuring tenor Ian Bostridge and directed by Yuval Sharon on March 21; pianists Martha Argerich and Stephen Kovacevich on April 8; and cellist Yo-Yo Ma, mandolinist Chris Thile and bassist Edgar Meyer on May 3.